Composer of the Week – Anton Webern 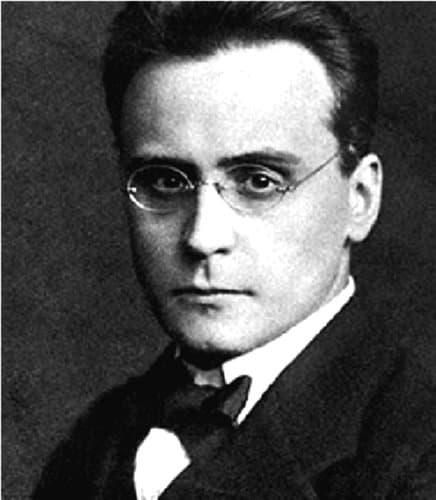 Happy Birthday on Friday to Austrian composer Anton Webern, who was born in 1883. Webern was part of a group called the Second Viennese School of composers. They were active in Vienna in the first couple decades of the 20th century, and they really pushed the boundaries beyond tonality.
Webern studied under Arnold Schoenberg, and made his living by helping run Schoenberg’s music school for a while, and later as a conductor. Webern died quite tragically. Near the end of the Second World War he went outside his house to enjoy a cigar, even though it was after curfew. He was shot by an Army soldier.
Webern is known for using the twelve-tone technique, where all the of the twelve musical notes are used equally often, so they aren’t in a specific key anymore. Later in life he moved on to apply the technique to rhythm and dynamics, so his music often sounds random, even though there is a lot of structure to the piece.
What do you think of his music? Here’s a couple of examples:
Five Pieces for Orchestra, op. 10