Dr. Bradford was appointed Director of the Utah Symphony Chorus at the start of the 2013-2014 season. Over the course of his musical career, Bradford has distinguished himself as a conductor, composer, arranger, pianist, organist, and teacher. As an orchestral and choral conductor, he co-founded the Utah Chamber Artists in 1991 and has led that organization to international acclaim for its impeccable, nuanced performances and award-winning recordings. Dr. Bradford’s focused, energetic conducting style led to his appointment as Music Director of the Orchestra at Temple Square in Salt Lake City and Associate Director of the Mormon Tabernacle Choir. Prior to that, he was Director of Orchestras at the University of Utah. 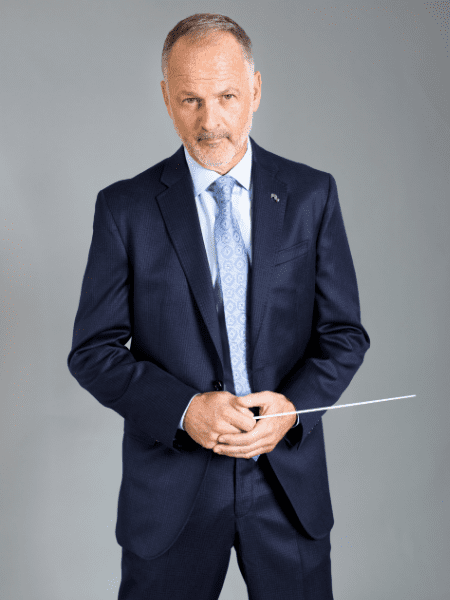 In addition to his post as Director of the Utah Symphony Chorus, Dr. Bradford continues as Artistic Director of Utah Chamber Artists and serves as the Ellen Neilson Barnes Presidential Chair of Choral Studies at the University of Utah.

Thank you very much for your interest in the Utah Symphony Chorus.  Auditions for the 22/23 season are closed, but we invite you to audition for next season, which will be Summer 2023. 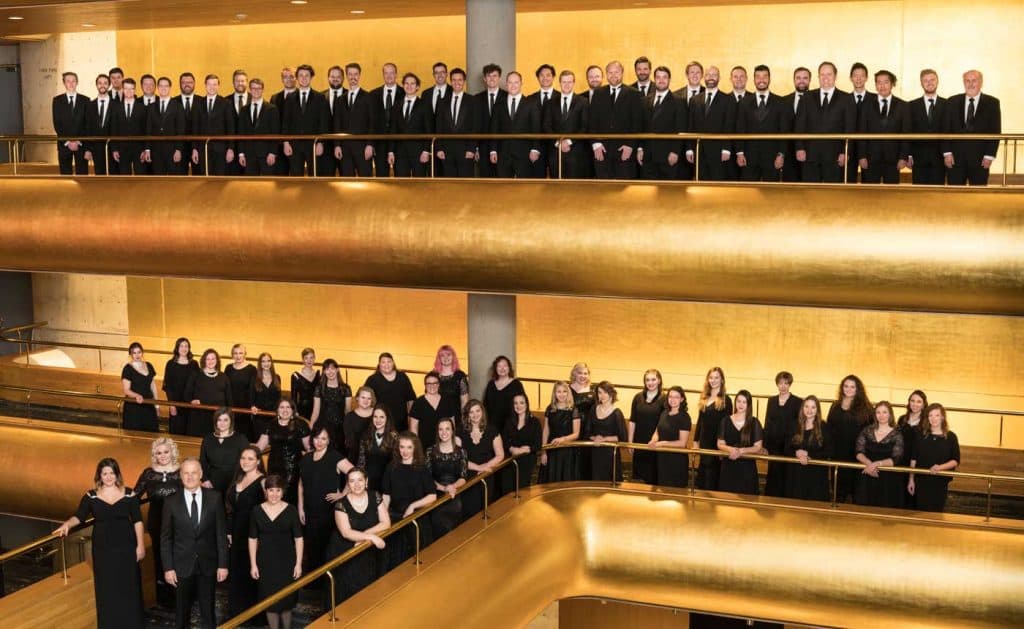 Shortly after Maurice Abravanel began his famed association with the Utah Symphony, he set about finding a group of singers that could undertake the great choral masterworks with the orchestra. Abravanel turned to the University of Utah and Music Department Chairman President Leroy J. Robertson, who agreed to let Abravanel use the University’s choirs to combine forces and perform with the Symphony. Their first joint venture was Beethoven’s Ninth Symphony, performed on March 13, 1948 in the Salt Lake Tabernacle, with choirs prepared by John Marlowe Nielson. Six decades and a wealth of the world’s greatest choral music later, we embrace the future and our great associations with Symphony Music Director Thierry Fischer, and the orchestra.

Over the years, the name of the Chorus has changed from The University Chorale to The University Civic Chorale, The Utah Chorale, and finally the Utah Symphony Chorus. John Marlowe Nielson (1948-1962) was succeeded by Dr. Newell B. Weight (1962-1982) as Music Director of the Chorus, followed by Dr. Edgar J. Thompson (1982-2003), Dr. Susanne Sheston (2004-2013) and Dr. Barlow Bradford (2013-present). The chorus has sung under the baton of Utah Symphony Music Directors Maurice Abravanel, Varujan Kojian, Joseph Silverstein, Keith Lockhart and Thierry Fischer, as well as numerous guest conductors including Robert Shaw, Margaret Hillis, Roger Wagner, Peter Eros, Bernard Labadie, Andrew Litton, Stanisław Skrowaczewski and many others.

The Utah Symphony Chorus is comprised of professional singers from the Salt Lake City area who come from all walks of life.  The Chorus performs several concerts each season with the Utah Symphony, which may include choral masterworks, pops concerts and our annual audience-participation Messiah Sing-In. All chorus rehearsals take place during evening hours.  There is no time limit for years of service in the chorus, though members periodically re-audition for membership.

We’re proud to continue providing outstanding music to the communities of Utah and beyond, and as always, to be the voice of the Utah Symphony!