Composer of the Week – Jean Sibelius 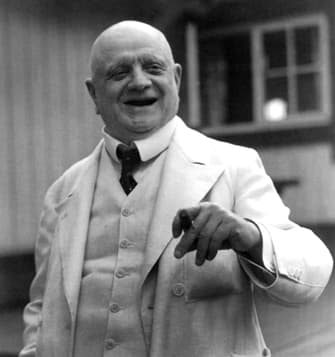 Happy Birthday to Finnish composer Jean Sibelius, who was born today in 1865!
Sibelius initially studied law, but found music much more interesting, and he went on to study in Helsinki, Berlin, and Vienna.
Sibelius and his music are closely tied to the national identity of Finland. He was even one of the faces on Finnish money, until they switched to the euro. Because of his love for Finland, many of his works are considered by some to have been written as anthems of nationalism and independence, at a time when Finland was part of the Russian Empire. His Symphony No. 2 is one such piece. Here’s the first movement:

Sibelius was a great nature lover and his home for most of his adult life was a secluded lakefront house in the forest half an hour north of Helsinki. Sibelius was often inspired by nature, and he said of his Symphony No. 6: “It always reminds me of the scent of the first snow.” Here’s the first movement: