Composer of the Week – César Cui 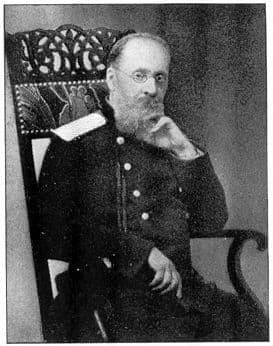 Happy Birthday to César Cui who was born January 18, 1835. What? You’ve never heard of César Cui? That is not so surprising.
In the 1850-60’s in Russia, there was a renewed interest in Russian nationalism, and this included establishing a Russian school of music that would not be influenced by music in the rest of the world. This movement was started by Mily Balakirev, and his work with four other Russian composers led the group to be called The Five. They were Modest Mussorgsky, Nikolai Rimsky-Korsakov, Alexander Borodin, and César Cui.
César Cui’s career was as an army officer and later a military teacher, however, he always had a keen interest in music. He wrote many operas, art songs, and songs for children based on Russian texts, and quite a few works for solo piano. Here’s one of his preludes: