Composer of the Week – Samuel Coleridge-Taylor 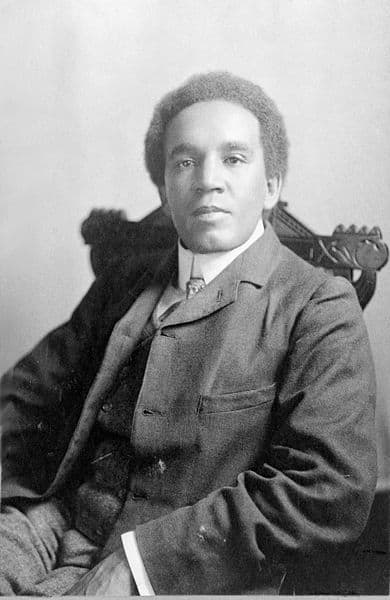 Samuel Coleridge-Taylor was an English composer, born in 1875 and died in 1912. His mother was English and his father was from Sierra Leone. His father moved back to Africa seven months before Coleridge-Taylor was born, and was unaware that he had a son.
Coleridge-Taylor studied violin at the Royal College of Music, and then moved on to composition. His most popular piece, Hiawatha’s Wedding Feast, was composed when he was only 23. He was brought to more prominence in England by fellow composer Edward Elgar, who recommended him and his works to prominent groups and festival. In 1904, Coleridge-Taylor had a musical tour of the United States, which increased his interest in his African heritage. His later works were focused on compositions that showcased African music in a classical form.
Here’s the beginning of Hiawatha’s Wedding Feast:

And here’s his Romance for violin and orchestra: