THE COMPOSER – JOHANN STRAUSS, JR. –  To be a Strauss in 19th Century Vienna was to be an heir to an empire. Johann Jr., with his brothers Josef and Eduard, dominated the dance music life of Austria for decades, owing to the pioneering legacy of their father. Strauss Jr. would eventually eclipse the fame of all them, his father included, and become history’s “Waltz King.”

THE MUSIC – Strauss’ most famous work premiered as an orchestral piece in 1867 and now holds a place of honor as one of classical music’s most beloved and enduring traditions. Originally an unofficial Austrian anthem and customary Vienna New Year’s Concert encore, Blue Danube now enjoys similar prominence on annual programs around the world. The original choral version sings of the symbolic importance of the namesake river and invokes images of venerable castles, whispering mermaids, loving couples and the Austrian national courage (ironic, given the recent loss to the Kingdom of Prussia in 1866 Seven Weeks War). Like so many musical creations that have stood well the test of time, Blue Danube was not an immediate success. This was likely due to the words, which in performance were less inspiring than they were chuckle-inducing and ultimately forgettable. The orchestral version resonated immediately however, drawing favorable nationalistic comparisons to the Emperor’s Hymn of Haydn, and it did not take long for the opening bars to become iconic. In fact, so esteemed was Strauss by his fellow composers that when Brahms was asked to sign an autograph for a Strauss family member, he quickly wrote out the first few measures of Johann’s masterpiece and added beneath it the humorous and highly respectful phrase “Unfortunately, not by Johannes Brahms.” 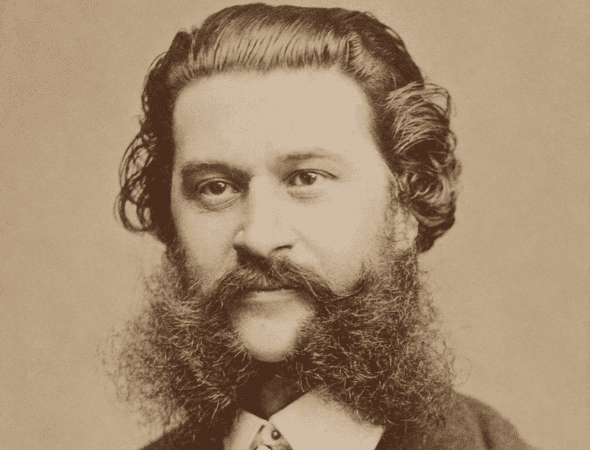 THE WORLD – The United States bought Alaska from Russia in 1867 for $7.2 million. Also in that year, dynamite was invented and patented by Swedish chemist Alfred Nobel. Karl Marx published Das Kapital. Verdi premiered his opera Don Carlos. And Canada had its official beginnings as a federal dominion of the United Kingdom.