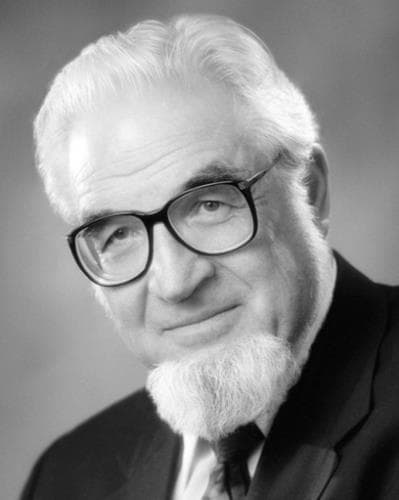 The Religion of Mahler

I think of Maurice as a kind of high priest. And Mahler’s the Bible. You know he knew how Mahler’s genius was the genius of transforming the angst, the misery of national, international and personal into a kind of redemptive sound. The sounds can growl and suggest horror and cataclysm and everything, which is all there, but when it comes out, it doesn’t come out that way. It comes out. You want to be there. You want to experience it because there is some redemption in it, and maybe that’s what the musical experience is about.

Music and the Geist

The players were really expected to do their homework (which they sometimes did and sometimes didn’t), but the experience of the symphony was a holistic experience; it wasn’t about your part. It was about a kind of mysterious, mystical Geist that the piece embodied, and Abravanel knew the Geist. He was the one who saw that clearly and nobody questioned that.

Maurice is the greatest man I ever met personally. And a person is lucky to meet one like that in life, where you can almost whole-heartedly just follow. I was very happy to do that. I never wanted to be number one. Being a number two to Maurice was such an extraordinary privilege that that was a career by itself.

The Dark Side of Music

There is a syndrome that exists amongst professionals, that it has a dark side. The beautiful side is what we hear when we go to the concerts. The dark side is when you’re twenty seconds from the end of the symphony and the clock reaches the end of the rehearsal and…And that’s it. They put their instruments away. You know, that’s black to me. And it’s like an infectious disease. Not everybody is affected that way, thank heaven, but it also isn’t cool to talk about how moved you might be by something like that.

He (Abravanel) came back after the fourth movement—after the conclusion of the symphony—and he said “Forty minutes. Forty-two minutes, sixty or something seconds.” And of course I hadn’t looked, but it did indicate that he really cared about timing, and I don’t think it was ever timing for timing’s sake. I think that it helps to understand Maurice if you think of him as an autodidact. That is because he considered himself self-taught. He assumed that everybody who was successful in the business world was self-taught. They had it or they didn’t have it, and his sense of timing was part of that.

RadioWest’s Doug Fabrizio talks to Ardean Watts and Paul Banks about Mahler 5 and Maurice Abravanel’s relationship with the composer.