I find myself organizing celebrations around music rather than the other way around. —Nico Muhly

Nico Mulhy began his musical career as a child growing up in Providence, Rhode Island. A self-proclaimed “alright pupil,” he played piano and sang in a boys choir in a church. It was around the age of eleven that everything clicked. “I loved music, and wanted to not just play and sing, but also write,” says Nico. Since that defining moment in his youth, Nico has dedicated his life’s work to creating music. His are sounds that are heard around the world, that have inspired others to continue listening, to become an active participant in the music. He celebrates life through music. 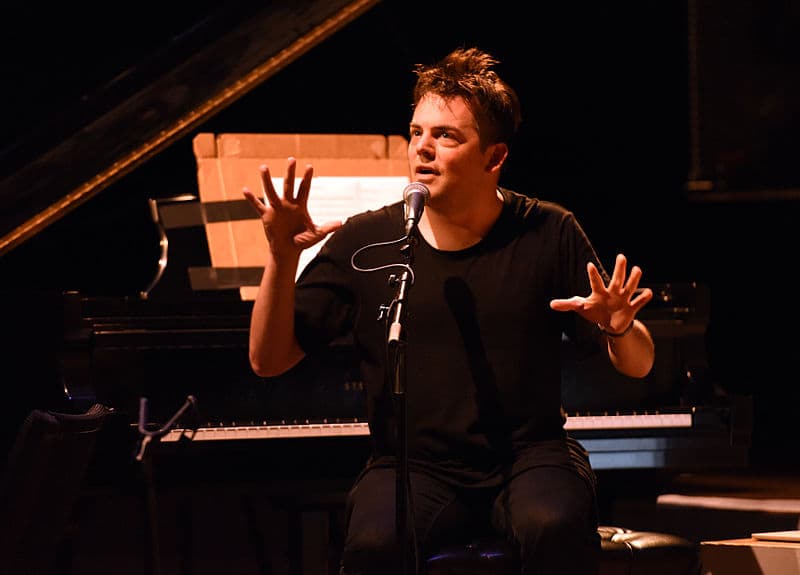 The Julliard-trained composer spends so much of his life writing music, that he admits to throwing parties based around the completion of a composition. He has written music for friends’ weddings on several occasions.

“It feels negligent of me to allow anybody I know to walk down the aisle to Pachelbel, because we are all adults,” says Nico. For this reason, he makes it a point to write music that suits the occasion, and allows him as a composer to engage with his community more responsibly. He recalls two weddings in particular:

“Last summer, two friends got married on a small island in Iceland, and I wrote music for the assembled company. [There were] two keyboards, viola da gamba, [and] voices.  We crammed ourselves into a tiny corner of the chapel and rehearsed in a sweaty half an hour, and miniature ponies looked quizzically at us. Later that same summer, I wrote music for a wedding where the bride’s childhood friends and neighbors were to be included in the composition: one plays Celtic harp, and the other, a sort of bedazzled steampunk cornet.”

Nico vehemently believes in the power of music. “I think music has the ability to transform space, which is its amazing invisible power,” he says.  For him, the moments just before a rehearsal of a large orchestra are the most moving. These are the moments when each player is focused on what’s in front of them, or what’s in their head, or perhaps their own work. That moment exemplifies life experienced through music.

You can also learn more about Nico Muhly’s World Premiere composition, commissioned by the Utah Symphony.