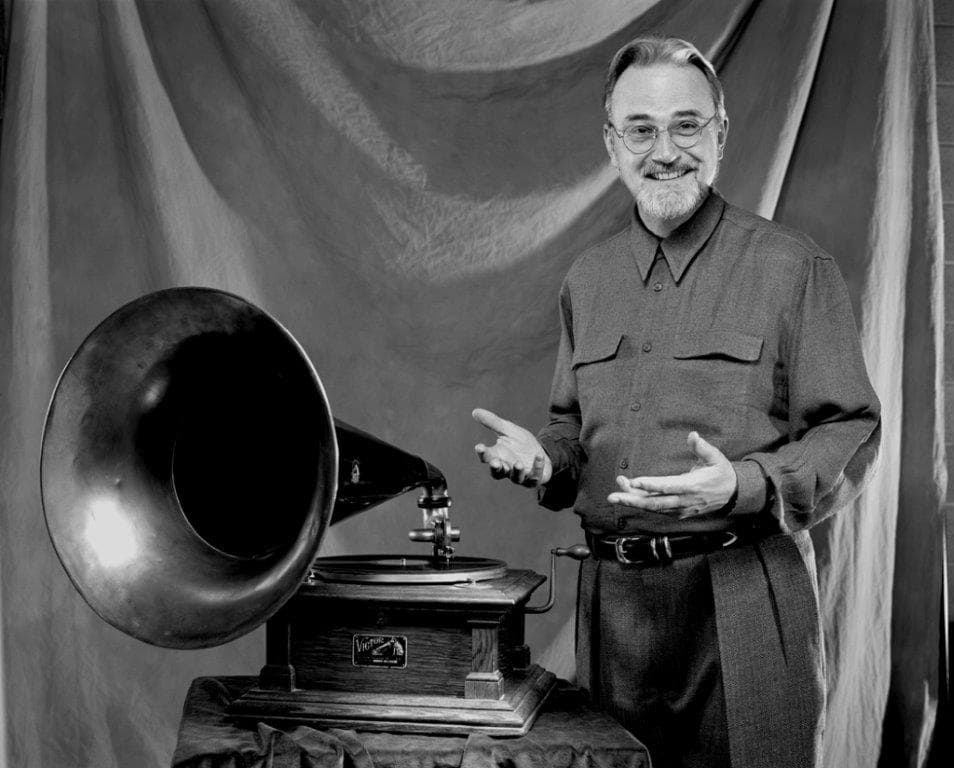 We were doing the Saint-Saëns Organ Symphony in the tabernacle with Abravanel, and Alexander Schriner, the organist. It was towards the end of Abravanel’s career, and both men were very old, and at one point Schriner was not with the orchestra. Abravanel stopped and he started waving and  saying “Alex! Alex!” and finally he got him to stop. He said, “Alex, you’re behind!” and then Alex said “…What?” and Abravanel said, “…What?” And there it went back and forth a few times until somebody in the middle stood up and translated.

All Composers Are Conducted Equally

I don’t remember there being any difference between recording the Mahler symphonies, or performing the Mahler symphonies, or recording all the Brahms or the Tchaikovsky that we did, or the Sibelius and all of the Grieg orchestra music. I feel that for Abravanel, it was a really important thing—and for the orchestra, by association—it was a very big thing to do all the Mahlers. But he did not do anything less with the other composers than he did with Mahler. So I don’t remember a great deal of difference between when we did Mahler and when we did Brahms. It was always very, very focused. And the integrity of the man and the orchestra at that point was fantastic.

He had a strength of character that you don’t see in a lot of people. When I joined the symphony, there were five people in the office. Five staff members. There was Abravanel and just five. A few years earlier in the 60s, I believe there were even fewer. And he was always there when they had all of these accountants in to decide the finances and they had their machines and systems, and he would do it in his head. He was a brilliant man! He would do all the figures in his head, and most of the time he would have the figures ahead of all of these others as well. “It’s going to be this, it’s going to be this, it’s going to be this.”

Back to the Future in Concert

Pink Martini with the Utah Symphony