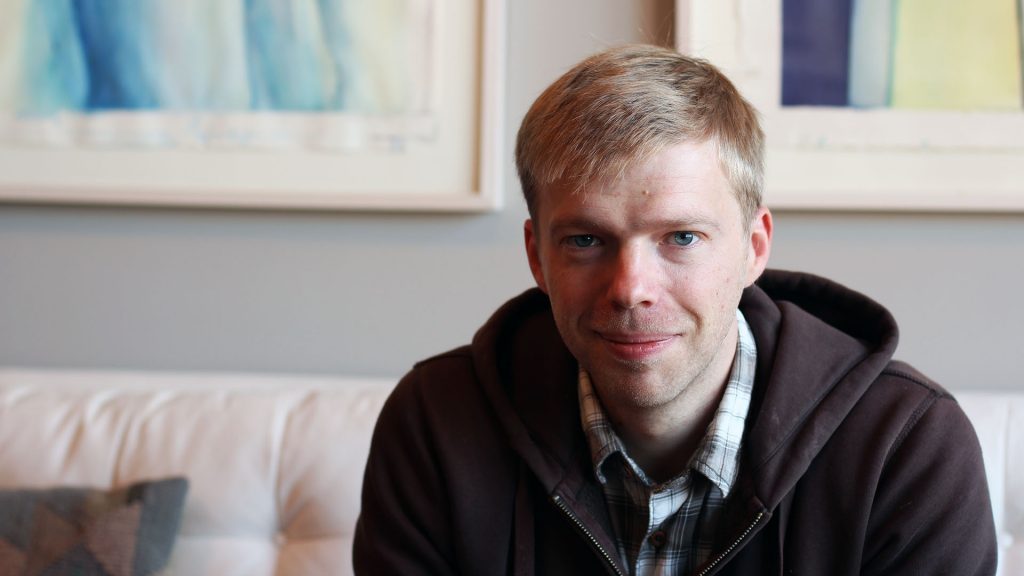 As the Utah Symphony closes out its 2017-18 season and we begin to look ahead to the 2018-19 season, it’s hard to miss this organization’s commitment to presenting contemporary music alongside well-known favorites from the Western Canon. Beside familiar figures like Beethoven, Chopin, Copland, and Richard Strauss are newer, more unfamiliar names, like Vivian Fung, Joan Tower, Zhou Tian, and Andrew Norman (who happens to be our composer-in-association next season). One of Music Director Thierry Fischer’s favorite sayings is “a symphony is not a museum,” and presenting and commissioning new music is an integral part of this belief.

Orchestral music is a living, breathing art form. While the focus of most orchestras’ classical seasons lies in the heart of the most eminent 18th– through 20th-century repertoire, it is essential for the survival of the orchestral industry for modern orchestras to perpetuate the musical movements happening in the present day. If the American Orchestra is to remain a driving force in the centuries to come, we must support the composers who are creating new music now, as this body of work will one day be an essential part of our cultural legacy. To that end, the Utah Symphony commissions at least one new work each season, meaning we pay a composer to write something entirely new. The Utah Symphony often shares the full fee with co-commissioners, ensuring the work will have a life beyond our organization with other orchestras across the country and the world. As in every art form, some of these works go on to achieve great success and popularity, and others slip into obscurity. It’s a risky process given that some of the fee is usually paid before a single note is put to paper, but it is well worth the risk. Regardless of the outcome, the Utah Symphony has been instrumental in bringing a new piece of orchestral music into the world.

Incentivizing the creation of new music isn’t the only reward for an orchestra that makes commissioning a priority. Contemporary music is also able to engage with modern ideas and themes more directly than older works can. As an example, Andrew Norman’s percussion concerto Switch, which was commissioned by the Utah Symphony as part of its 75th anniversary season, takes its inspiration from video game logic, the percussion soloist starring as the unwitting protagonist. Each note he plays prompts a distinguishable reaction from the orchestra, creating a unique cause-and-effect tapestry with a modern sensibility. Next season, the Utah Symphony will feature another of Norman’s works, Play, which takes its inspiration from distinctly relevant themes. Norman himself describes the work as an exploration of “choice, chance, free will, and control, about how technology has rewired our brains and changed the ways we express ourselves, about the blurring boundaries of reality in the internet age, the murky grounds where video games and drone warfare meet, for instance, or where cyber-bullying and real-world violence converge.”

This season’s commission, to be performed on the Utah Symphony’s Season Finale concerts on May 26 and 27, comes from pioneering French composer Tristan Murail. One of the most prominent themes of this Utah Symphony season has been its study of the works of Romantic-era French composer Camille Saint-Saëns, making this commission especially relevant; Murail’s work represents the trajectory of French music from Saint-Saëns’ Romanticism and Debussy’s Impressionism into the modern era. In this work, listen for Murail’s signature use of the “spectral” technique, a compositional aesthetic developed in the 1970s. Spectral technique focuses on the color, timbre, and texture of different instruments and pitches, concentrating less on melody and rhythm and more on the acoustical science of sound. This shifting focus changes the way we as listeners engage with music, opening up a whole new world of possibilities while not entirely letting go of our musical foundations. In the words of Maestro Fischer, the Utah Symphony strives to be “an orchestra looking to the future as much as immensely enjoying the past.”

Utah Symphony Artist Logistics Coordinator Erin Lunsford takes care of the many guest artists and guest conductors that perform with the orchestra and enjoys writing about music in her spare time.