Inside the Music: Franck’s "Le Chasseur maudit" (The Accursed Huntsman)

In any given symphony season, it’s important to balance the giants like Beethoven, Brahms, Tchaikovsky, and Mahler with lesser-known composers who, despite their lack of widespread name recognition, have produced a great body of work in the symphonic medium. As for this weekend specifically, I don’t think I have to tell you why Tchaikovsky and Prokofiev are worth coming to Abravanel Hall to listen to, especially since we have one of our favorite pianists, Conrad Tao, back in Utah to perform Prokofiev’s famously bold and inventive Second Piano Concerto. To start off the program, though, the Utah Symphony will perform César Franck’s tone poem Le Chasseur maudit, or in English, The Accursed Huntsman. Franck’s name may be familiar to particularly avid classical music fans, but his name certainly doesn’t garner the same recognition as the other two composers that occupy this particular program. Despite Franck’s relative obscurity, The Accursed Huntsman is an incredibly thrilling, melodic, and listenable work, and should excite you just as much as the rest of the program this weekend.

First, a quick primer on Franck: born in December of 1822 at Liège, in what is now Belgium, César-Auguste-Jean-Guillaume-Hubert Franck (yes, that is his real name!) spent most of his adult life as an organist in Paris. During his lifetime, he was known as an avid improviser with massive hands that allowed him to perform harmonic feats many pianists couldn’t dream of accomplishing. Eventually, his fame as a performer led him to receive an appointment from the Paris Conservatoire. Though his appointment was to teach organ performance, he tended to give unsanctioned composition lessons as well and was maligned by some of his fellow faculty members for not adhering to the widely accepted theories and strict rules that often govern composition technique, at least in the teaching stages. Franck did not gain much recognition for his compositions during his lifetime—his Symphony in D, which is now arguably his most well-known work, was badly received by critics and disliked by the Conservatoire orchestra who premiered the piece. Most of his other works followed this trend, only a few receiving real praise from his contemporary critics. Franck passed away of a respiratory infection in 1890, still known above all for his virtuoso solo career but loved nonetheless by his contemporaries, including the subject of our season-long symphonic cycle, Camille Saint-Saëns. 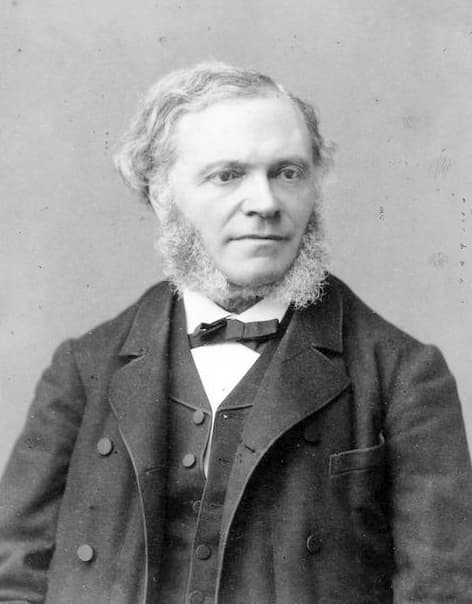 The Accursed Huntsman was composed in 1882 and premiered in March of 1883 to a long ovation, an unusual response for Franck in his time. Franck was inspired by the German Romantic ballad Der wilde Jäger (or The Wild Hunter) written by Gottfried August Bürger in 1777, which describes a Count who defies the Sabbath to go hunting. Though the work is through-composed (meaning there are no breaks between sections), there are four distinct scenes: The Peaceful Sunday Morning, The Hunt, The Curse, and The Demons’ Chase.
The work begins, as one might expect, with the horns blasting a hunting call at full volume (a great way to kick off a concert!) The horns then fade out, and a pure, singing passage in the cellos illustrates the gently rolling hills and faithful worshippers heading to church on a peaceful Sunday—until the horns interject once again with their hunting call. This time, the peaceful cello theme returns with church bells and woodwinds gently chiming, calling all to worship. Defiantly, the horns continue to build in the background until we reach a climactic, sweeping full orchestral moment. If you didn’t know any better, you might think you’d stepped into the third act of a Wagner opera or perhaps a Rachmaninoff symphony on accident—Franck uses the full power of the orchestra to create this glorious moment.
And then, we’re off! The second part of the work, “The Hunt,” begins suddenly with an abbreviated version of the horn call we’ve already heard a few a times before. This time though, the woodwinds respond as the collective voice of the faithful, repurposing the melody of the horn call as a desperate, and at times admonishing, plea to the Count to call off the hunt and find his rightful place in the pews of the church instead. The strings begin to build ominously with interjections from the winds and brass, ramping up the intensity of the hunt. Now the full orchestra is behind the Count, urging him on as he speeds through the forest at an electrifying pace. The woodwinds provide fleeting virtuosic passages and trills, while the brass act as the driving force behind this forbidden hunt. Soon though, the cello theme from the first section returns in variation, following the Count even as he leaves the church far behind. God is following him on his unholy hunt, just waiting for his chance to punish the foolish Count. Soon, the orchestra reaches a grinding halt, just a tremolo in the low strings remaining.
Now we begin the third section of the work, “The Curse.” In a cruel twist of fate, the horns who once championed the Count’s hunt are now the start to his downfall, their sound transformed by being played “stopped” (the horn players achieve this metallic sound by placing their hand in the bell). String tremolos fade in and out as a new “Curse” theme is intoned by the clarinets and trumpets, followed by the trombones. The Count cannot move and his horn will not sound—suddenly, a voice comes down from the heavens to curse him to be chased by demons for all eternity. The orchestra builds to a crashing triple-forte as the curse is complete, and suddenly the Count is off again! But this time, he is the one being hunted. Thus begins the final section of the tone poem, “The Demon’s Chase.” Here we hear echoes of Berlioz’ famous final movement of Symphonie fantastique depicting the witches’ Sabbath. The music once again dramatically builds in pace and volume as the Count furiously tries to escape the demons—fleeting downward scales and trills from the high woodwinds abound, as well as rapid interjections from the brass. The strings join in with their frantic ostinatos, and before we know it the orchestra fades to a whisper before providing a final, staccato G-minor chord, God’s final word to the doomed Count.
All this action takes place in 15 short minutes and will certainly kick off this weekend’s concerts with a bang! We hope to see you this weekend at Abravanel Hall to enjoy Franck’s The Accursed Huntsman alongside Prokofiev’s Piano Concerto No. 2 and Tchaikovsky’s Symphony No. 2 “Little Russian.”

Tags
Franck| Inside the Music|