Not your average program notes

I recently came across an article about a visitor to a Portuguese art exhibit featuring Anish Kapoor’s installation Descent into Limbo. Not noticing any of the warnings on display, the man walked up to the eight-foot black circle without realizing it was a hole, not just black paint—and fell in, as in a Bugs Bunny cartoon. Thankfully, he was okay. 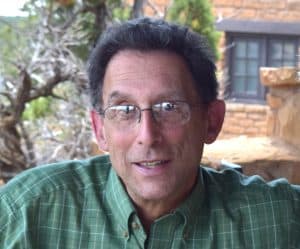 “I don’t want to leave anybody behind,” he says. His goal is to appeal to everyone in the audience, from the classical music experts to the newest listeners. “It’s an ambitious goal that we have for your audience!”

One of the things that makes Clive’s voice unique is his background. “I hate to use the f-word, but I’m a fanatic,” he says. He recalled that ever since he was a child, he has been listening to and loving classical music. He doesn’t consider himself a musician, but says this is actually an advantage in writing about classical music. He knows how to explain music to people who are not musicians.

He’s a journalist by trade, so he is skilled at telling compelling stories. He started his career by working in newsrooms and eventually ended up in advertising. At age 30, he found his work environment felt too corporate for him, and he decided to make a change—he went back to grad school to be a music journalist. This eventually led him to his career in writing program notes for several notable organizations like the Santa Fe Opera, the Pacific Symphony, as well as ourselves.

Clive’s philosophy is to put journalism first. He approaches each article with “a journalist’s and generalist’s sensibility.”

“It’s been standard practice for many years to write notes for people who have specialized knowledge about music,” he says, “but what we need to do is relate music broadly to what our lives are like today.”

“The orchestra and you and I are not only struggling to put on a good show but also to make the program relevant to today’s listeners,” he says. “Listeners of all backgrounds and all ages.” He explains that anyone could come to a concert and listen to one of Beethoven’s symphonies and enjoy it, but the listener’s perspective changes when they learn Beethoven was a person grappling with the idea of human freedom—an idea that is still relevant today. It’s not just about the orchestra playing a nice song.

“We need the arts to reach our potential as citizens,” he says, stressing their relevance. “The arts aren’t just a diversion or type of entertainment, but rather than something integral to life. They help us experience every aspect of life and form mature judgments.”

Whether you’re an expert in classical music, or this is your first time at a symphony or opera performance, read the program notes and prepare to learn something new and engage with the music in a way you never have before.