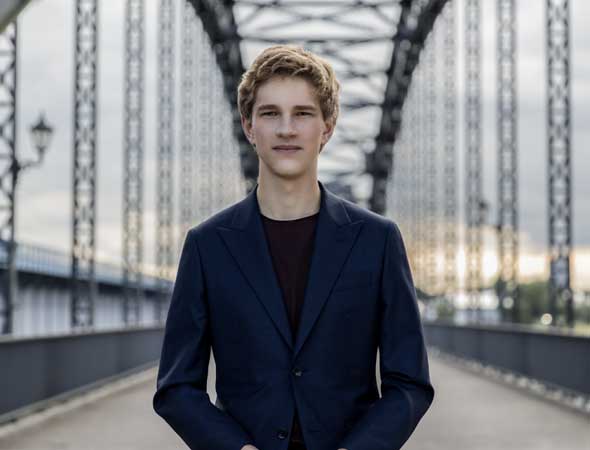 Just 23 years old, Canadian pianist Jan Lisiecki has won acclaim for his extraordinary interpretive maturity, distinctive sound, and poetic sensibility. The New York Times has called him “a pianist who makes every note count.” Lisiecki’s insightful interpretations, refined technique, and natural affinity for art give him a musical voice that belies his age. Jan Lisiecki began piano lessons at the age of five and made his concerto debut four years later, while always rebuffing the label of “child prodigy.” His approach to music is a refreshing combination of dedication, skill, enthusiasm, and a realistic perspective on the career of a musician. “I might be lucky to have talent, but it is also about dedication and hard work,” says Jan. The remarkable musician made his debut in the main auditorium at New York’s Carnegie Hall in January 2016 at the age of 20 with the Philadelphia Orchestra and Yannick Nézet-Séguin. In its rave review, The New York Times noted that it was an “uncommonly sensitive performance”. Jan is involved in charity work, donating his time and performance to such organizations as the David Foster Foundation, the Polish Humanitarian Organization, and the Wish Upon a Star Foundation. In 2012 he was named UNICEF Ambassador to Canada having been a National Youth Representative since 2008.