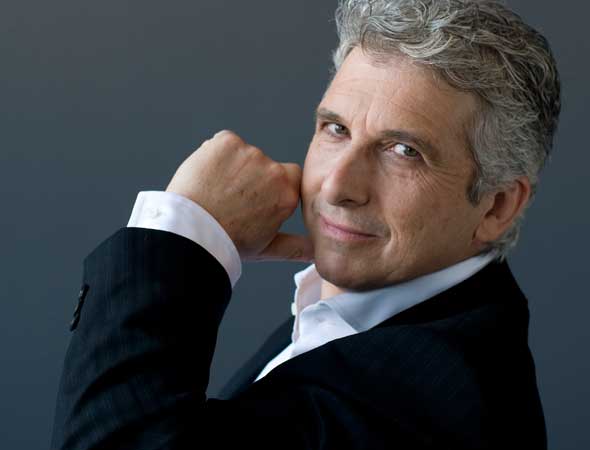 A dynamic presence in the conducting world, Peter Oundjian is renowned for his probing musicality, collaborative spirit, and engaging personality. 2017–18 marked Oundjian’s 14th and final season as Music Director of the Toronto Symphony Orchestra (TSO). His appointment in 2004 reinvigorated the Orchestra with recordings, tours, and acclaimed innovative programming, as well as extensive audience growth, significantly strengthening the ensemble’s presence in the world. From 2012 to 2018, Oundjian was Music Director of the Royal Scottish National Orchestra (RSNO). Under his baton, the orchestra has enjoyed several successful tours including one to China, and has continued its relationship with Chandos Records. His 2018–19 season includes debuts with the Indianapolis and New Zealand Symphony Orchestras, and return engagements with the St. Louis, Baltimore, Atlanta, Utah, Colorado, and New World Symphonies as well as the Los Angeles Chamber Orchestra and Orchestre de la Suisse Romande. He also completes his second season as Artistic Advisor of the Colorado Music Festival. Since 1981, he has been a visiting professor at the Yale School of Music, and was awarded the university’s Sanford Medal for distinguished service to music in 2013.