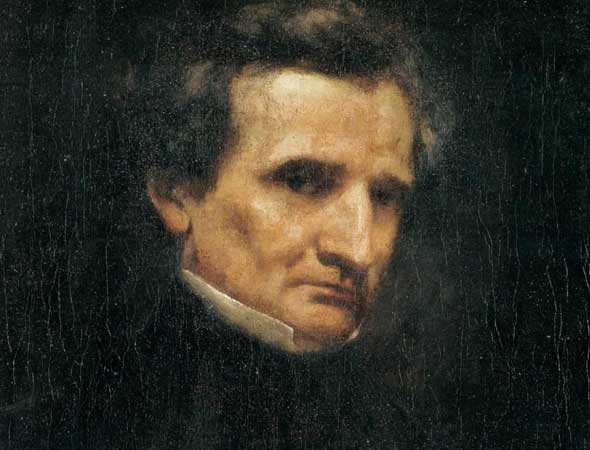 The three relatively brief pieces for chorus and orchestra that comprise the suite Tristia were not composed together, but Berlioz found it convenient to group them for publication in 1852. Two of the three are related to events in Shakespeare’s Hamlet— the death of Ophelia in Act IV, and the funeral march in the final scene. All three are deeply melancholy. (Tristia is a Latin word for “sad things.”) “La Mort d’Ophélie” was composed in 1842.

The text of “La Mort d’Ophélie” is a ballade by the French poet Ernest Legouvé, which is based in turn on Queen Gertrude’s description of Ophelia’s drowning. Berlioz, of course, was nearly obsessed by Shakespearean dramas and especially by Hamlet. Gertrude’s account has fascinated other composers as well, including Berlioz’ countryman Ambroise Thomas, who set Hamlet as an opera in 1868. A large part of the attraction is its cinematic quality: the visual drama of Ophelia’s lifeless body floating with the current, strewn with weeds. In Berlioz’ setting, the gently rippling water seems almost palpable.