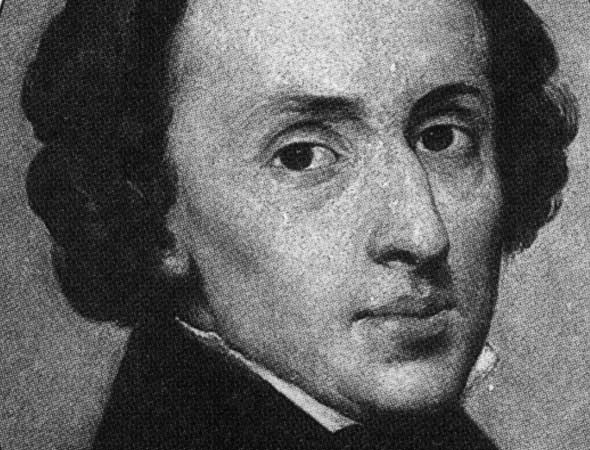 Even during his lifetime, some listeners noted that Chopin’s handling of musical materials lacked the complexity and the formal innovations of experimenters such as Liszt, or the structural mastery of large forms and orchestrations. But these quibbles miss the point: Chopin was unparalleled in his ability to make the piano sing in a way that more closely resembled the heartfelt melodies of bel canto operas than other piano compositions. In fact, his ability to bend bittersweet harmonies surpassed that of the opera composers who inspired him. It has been said that time and Chopin are the only known remedies for the wounds of first love—such is the affinity between Chopin’s music and the heart’s most inexpressible feelings. His piano concertos can seem grudging or perfunctory in their use of the orchestra, setting up an accompanying line rather than a dialogue between equals. But this creates a closer identification between the listener and the pianist that makes the solo voice all the more thrilling.

Besides, the charge of minimally engaging the orchestra hardly stands up to the first concerto’s long, formal introduction, which follows all the rules of orchestration and structure Chopin learned in his years studying composition with Józef Elsner at the Warsaw Conservatory. At over four minutes in length, this first-movement opening seems highly formal and almost Beethovenian, building suspense and duly introducing thematic material in the orchestra before the piano plays a note. But once the piano enters, it is clearly dominant, and suddenly the melodies that sounded merely felicitous in the orchestra have the indescribably expressive sweetness of Chopin. What follows is an allegro maestoso movement that does not follow a highly elaborated development of key modulations, but that continually alternates between E minor and E major until it finally modulates upward to G major as the movement ends.

We do not have to know the rules of sonata allegro form to intuit the structural rightness of this key change and the sense of expectant resolution it brings to the concerto’s opening. But then in the second movement, marked “Romanze,” Chopin brings us back to the original key and to a mood of lyrical contemplation. He described this as a movement that “rests on a beloved landscape that calls up in one’s soul beautiful memories— for instance, …a fine, moonlit spring night.” The effect is not unlike one of Chopin’s beautiful unaccompanied nocturnes. He seems to have been wary of audience reaction to his orchestration: “I have written [it] for violins with mutes as an accompaniment…I wonder whether it will have a good effect. Well, time will show.”

The finale of this concerto, like that of his second, takes the form of one of Chopin’s beloved Polish dances—in this case a Krakowiak, a high-energy two-step performed in quick dotted rhythms. Its complex syncopations and shifts of tempo afford Chopin the opportunity to alter the mood from foot-stamping intensity to tender lyricism. By this time the entire concerto has unfolded without providing the soloist a chance to play a cadenza—a showy, unaccompanied solo passage designed for climactic virtuosity—yet the overall effect is of spectacular athleticism and beauty in which the piano is dominant from beginning to end.