COLE – Death of a Poet 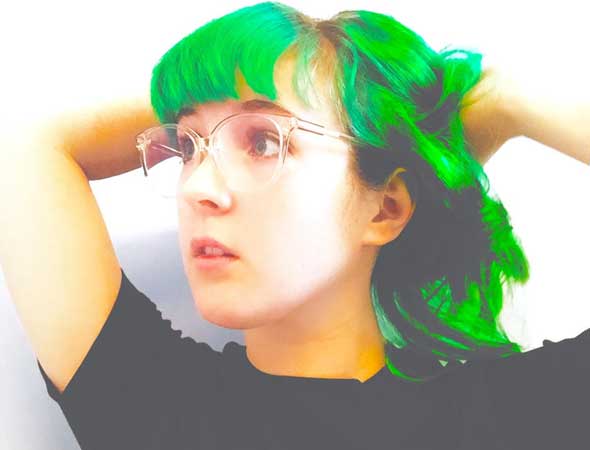 In spite of the rigor and prestige of the musical training at Philadelphia’s Curtis Institute, where TJ Cole earned her bachelor’s degree in composition, it’s almost impossible to believe that her portfolio of commissions belongs to an artist who is still in her mid-20s. She has been commissioned by the Cincinnati Symphony, the Louisville Orchestra, the Baltimore Symphony, Time for Three and the Sun Valley Summer Symphony, among others, and served as a composer-in-residence at the Cabrillo Festival of Contemporary Music in 2014.

Originally from the suburbs of Atlanta, Cole began her musical studies at a young age when she started taking piano lessons. Soon after, when she was six, she wrote her first composition, a piano lullaby for her new baby brother. In her early teens, she studied cello for fun by playing with local youth orchestras. When she was 16, she realized that she did not want to pursue a life of performance, but a life dedicated to creation. So she began to focus her pursuits on her passion for composing.

Besides taking commissions, TJ is also interested in artistic community service projects. She collaborated with bassist Ranaan Meyer as an orchestrator on his project, The World that We All Deserve Through Music, and with First Person Arts by co-curating and performing in a musical story slam. During a year-long ArtistYear Fellowship, TJ was able to co-run and collaborate in musical performances and songwriting workshops with residents of Project HOME, a Philadelphia based organization fighting to end chronic homelessness.

Cole’s style has been lauded by the Cincinnati Enquirer for its “mystical, slightly minimalist quality, with imaginative orchestral tone painting.” Her composition Death of a Poet is as deeply elegiac as the name suggests. Scored for string orchestra, it is graceful and deeply felt, with the lower string voices an unusually strong presence.