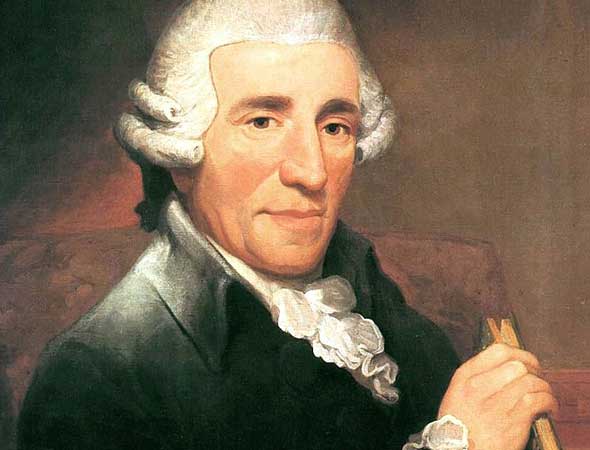 “La Passione” was composed in the middle of Haydn’s “Sturm und Drang” period, named for the relatively stormy sound of the music composed by this genial man during the 1760s and 1770s. The term derived from the “storm and stress” that keynoted German-language dramas of the era, which were passionately, dark, tumultuous, and even violent. (The symphony is dated 1761.)

Scholars have long associated the name “La Passione” with the passion of Christ and have described the music’s sound as solemnly religious and tragic. But more recently, an alternate interpretation has emerged: based on a notation inscribed in an early score, the symphony may have been intended to double as incidental music for a play with a mock-serious stage character called “Il Quakuo di bel’humore” (roughly, “The Waggish Quaker”). Such a play was current precisely when Haydn was composing “La Passione,” and a number of his symphonies were intended to pinch-hit as incidental music for plays.

So is the Symphony No. 49, as H.C. Robbins Landon suggested, a sincerely tragic utterance? Or is there irony embedded in its majestic seriousness? The answer is in the ear of the listener. The symphony itself is constructed along Sonata di chiesa conventions, which were already old-fashioned by the mid-1700s: four movements arranged slow-fast-slow-fast, with the third movement in minuet time. Haydn never returned to Sonata di chiesa form after “La Passione.” The symphony remains in F minor throughout, except for a glimpse of sunny F major in the third movement.