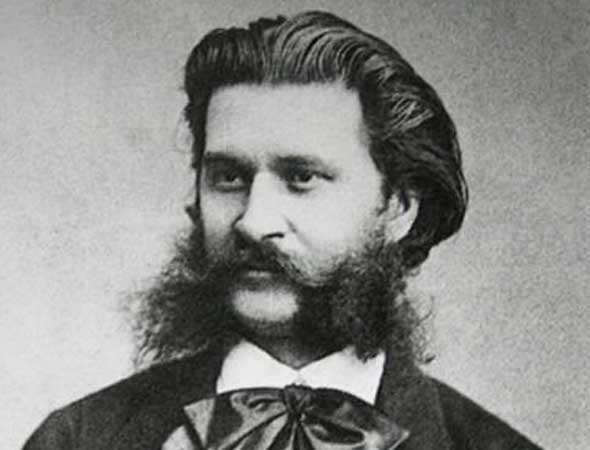 Both The Gypsy Baron and Die Fledermaus have popular overtures with contagious dance rhythms, but in The Gypsy Baron, the Magyar influence is more prominent. In it, we hear hints of the “Brautschau” and “Kriegsabenteuer” polkas that are featured later in the operetta, along with one waltz, the “Schatz-Walzer.” For enjoyable listening to the Strausses’ dance music, your annotator offers this unique rule of thumb: the waltzes lilt; the polkas bounce. The waltzes, with their stately triple rhythms, have an elusive, coy hesitation that is almost like a mini-swoon in each bar. This unique musical feature has been patented by the city of Vienna. The polkas, by contrast, have double-rhythms that are far more energetic, but perhaps a tad less romantic. It’s not surprising that waltzes were once considered indecent. Polkas are less sensual as dances, but more spirited and celebratory to hear. They are also a better workout on the dance floor.