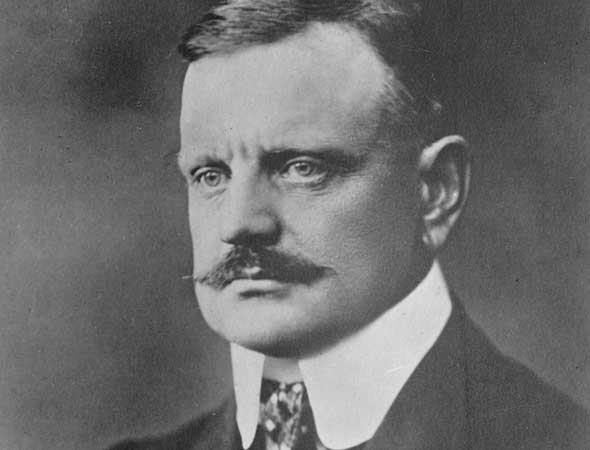 For many listeners, orchestral meditations such as the “Valse triste” serve as a kind of touchstone to Sibelius’ work despite their brevity. The reason is the almost magical intensity of the work’s “mood and color,” to quote Huscher’s phrase. They convey a dark, haunted quality.

Sibelius was not the only composer to give the waltz a dark or a serious subtext. Carl Maria von Weber’s Invitation to the Dance showed that the pliancy of the waltz’ 3/4 time signature could be suited to sustained, serious musical expression, like a tone poem. Such apotheoses of the waltz evolved from Weber’s concert waltz to Maurice Ravel’s gorgeous yet devastating La Valse (1920), which leads the dancer into a death spiral.

Sibelius’ “Valse triste” (Sad Waltz) is equally melancholy. Originally composed for a 1903 production of the play Kuolema (Death) by Arvid Järnefelt, the waltz captures the sense of haunting memories recollected in old age. Here is how the scenario for the waltz was described in the original program note:

It is night. The son, who has been watching beside the bedside of his sick mother, has fallen asleep from sheer weariness. Gradually a ruddy light is diffused through the room: there is a sound of distant music: the glow and the music steal nearer until the strains of a waltz melody float distantly to our ears. The sleeping mother awakens, rises from her bed and, in her long white garment, which takes the semblance of a ball dress, begins to move silently and slowly to and fro. She waves her hands and beckons in time to the music, as though she were summoning a crowd of invisible guests. And now they appear, these strange visionary couples, turning and gliding to an unearthly waltz rhythm. The dying woman mingles with the dancers; she strives to make them look into her eyes, but the shadowy guests one and all avoid her glance. Then she seems to sink exhausted on her bed and the music breaks off. Presently she gathers all her strength and invokes the dance once more, with more energetic gestures than before. Back come the shadowy dancers, gyrating in a wild, mad rhythm. The weird gaiety reaches a climax; there is a knock at the door, which flies wide open; the mother utters a despairing cry; the spectral guests vanish; the music dies away. Death stands on the threshold.