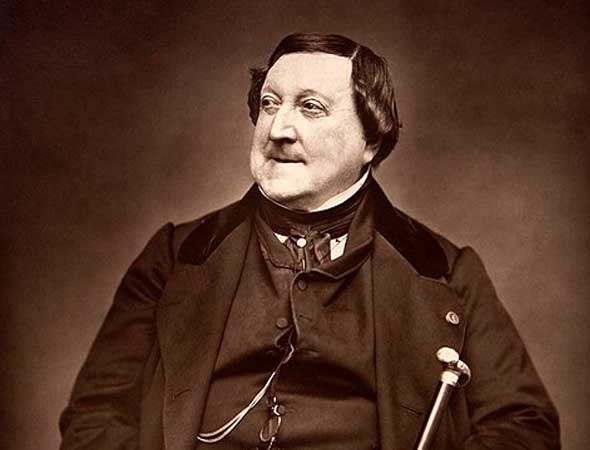 No one brings up a curtain like Rossini. His popular overtures go far beyond the genre’s typical purposes of setting an appropriate mood and whetting the audience’s appetite for the music and the drama to come, but they often break convention along the way. In overtures by other composers, major musical themes that will return later as full-blown arias are previewed, giving a sense of the action as well as the music. But the Overture to William Tell, one of the two or three most popular Rossini ever wrote, doesn’t give us any hints. One reason: he originally composed it for his opera Elizabeth, Queen of England, a turgid historical drama that came 14 years and 24 operas before William Tell. He was simply too pressed for time in the weeks before the 1829 premiere of William Tell at the Paris Opéra to write something new. This orchestral favorite is composed in four familiar sections, starting with a cello solo suggestive of early morning. Its thematic material builds to a thundering storm, then subsides into a pastoral scene. The most familiar theme of all—from schoolyards to commercials to the Lone Ranger’s famous call—comes with the clarion sound of of the trumpet and then the galloping horses that tell us the good guys will prevail. Hi-ho, Silver! Away!