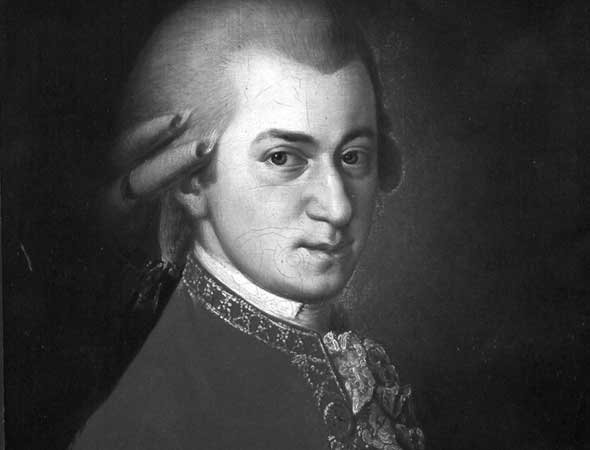 Mozart’s continuing quest for appreciative patrons and audiences made him unusually well-traveled for his day, and gave us a trove of letters to pore over, since he sent scouting reports back home to whichever parent wasn’t with him on his work-hunting expeditions. His frequent grouchiness went undisguised in his letters. We can only wonder how his correspondence might have been different if he had known that every word would be scrutinized and analyzed by later  generations…perhaps not at all, since he was never one to self- censor. He generally felt that his prospective patrons couldn’t quite grasp the extent of his talents and, of course, he was right. But his impatience did not exactly endear him to those who might hire him.

In the spring of 1778, Mozart’s search for work found him in Paris, a city he had not visited since his parents brought him there as a child prodigy. Now he was 22, traveling with his mother, and well established as a composer with full-blown masterpieces to his credit. For Mozart, the trip did not go particularly well: his mother was ill; a performance of one of those masterpieces, the Sinfonia Concertante, went disastrously (sabotaged, he suspected, by a rival composer); and he found the orchestral playing to be of a shockingly low standard. For today’s listeners, however, the trip was a brilliant success: it gave us his “Paris” Symphony, No. 31, which in its form and freshness was specifically intended to please the French ear. If Mozart himself could not ingratiate himself with the French, perhaps the symphony could do it for him: as he wrote back home to his father, Leopold, “I hope that even these idiots will find something in it to like.”

The commission for the symphony came from Joseph Legros, producer of a Parisian concert series, to compensate for the Sinfonia Concertante debacle, which meant that the symphony had to be produced on the spot and on relatively short notice. This was no problem for Mozart, who often composed so rapidly that he seemed to be taking dictation. His reports of the work to his father are an odd mixture of pros and cons, of snobbery and satisfaction. He is contemptuous of most French listeners, and sees “no great harm if they don’t like it,” but is pleased with the reaction it receives at a private read-through. He ridicules a French symphonic convention called the premier coup d’archet—“What a fuss these boors make of this!…they all begin together just as they do elsewhere. It’s a joke.”—and yet he emphasizes it in his opening movement to extremely dramatic effect. Writing for The Guardian (London), Tom Service calls this opening “one of the grandest, most thrilling sounds Mozart ever made from an orchestra.”

Despite Mozart’s sincere misgivings about the level of orchestral playing, his letters home after the premiere indicate that the performance was highly successful and that his efforts to tailor the symphony to the specifics of French taste were well judged. There also seems to have been an element of spectacle about the whole event; the score called for the largest orchestra Mozart had used to date for a symphony, and it was the first time his symphonic ensemble included a relatively new instrument, the clarinet. His account reveals that the French audience applauded not only between but also within movements (quelle horreur!) and that certain passages that were especially pleasing had to be repeated—exactly which ones are subjects of scholarly debate. What’s not open to debate: the job-hunting aspect of Mozart’s Paris trip was a failure.

While the symphony broke new ground in its scope, it is structured in the traditional three-movement, fast-slow-fast form. It does, however, omit the usual Mozartean minuet (possibly another concession to the French taste). And while much has been written about Mozart’s clever pains in playing to the French crowd, less is said about the truly sublime effect he created in doing so. Perhaps, when it comes to Mozart, we take sublime beauty for granted, but Monsieur Legros did not. He observed that this symphony was the finest that had ever been created for his orchestra.