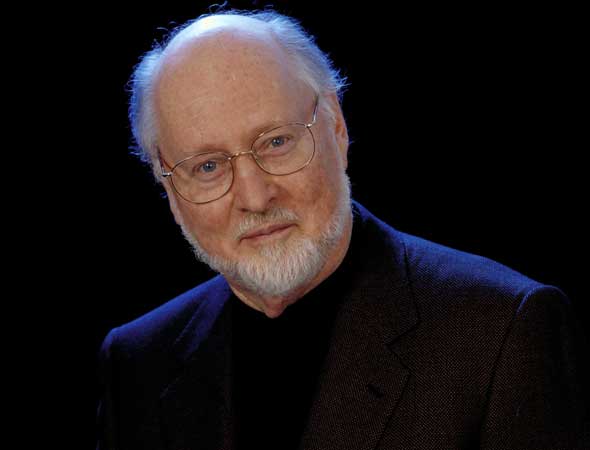 Is any 20th-century music more recognizable — indispensable, even — than John Williams’s music for George Lucas’s Star Wars? Among honors and awards too numerous to mention, the “Main Title” from Star Wars achieved the ultimate accolade when the comic actor Bill Murray, playing a sleazy lounge singer, put words to its melody in an inspired Saturday Night Live sketch.

In a career that spans five decades, John Williams has become one of America’s most accomplished composers for film and the concert stage. He has served as music director and laureate conductor of the Boston Pops Orchestra, and he maintains thriving artistic relationships with many of the world’s great orchestras, including the Boston Symphony Orchestra, the New York Philharmonic, the Chicago Symphony and the Los Angeles Philharmonic. He also holds the title of artist-in-residence at Tanglewood. Williams has received a variety of prestigious awards, including the National Medal of Arts, the Kennedy Center Honor, and the Olympic Order, as well as five Academy Awards and 48 Oscar nominations. He also has received seven British Academy Awards (BAFTA), 21 Grammys, four Golden Globes, five Emmys and numerous gold and platinum records.

Williams has composed the music and served as music director for more than 100 films. His 40-year artistic partnership with director Steven Spielberg has resulted in many of Hollywood’s most acclaimed and successful films, including Schindler’s List, E.T. The Extra-Terrestrial, Jaws, Jurassic Park, Close Encounters of the Third Kind, the Indiana Jones films, Saving Private Ryan, Amistad, Munich, Hook, Catch Me If You Can, Minority Report, A.I. Artificial Intelligence, Empire of the Sun, The Adventures of TinTin, War Horse and Lincoln. Williams composed the scores for all six Star Wars films, the first three Harry Potter films, Superman, JFK, Born on the Fourth of July, Memoirs of a Geisha, Far and Away, The Accidental Tourist, Home Alone, Nixon, The Patriot, Angela’s Ashes, Seven Years in Tibet, The Witches of Eastwick, Rosewood, Sleepers, Sabrina, Presumed Innocent, The Cowboys, The Reivers and Goodbye, Mr. Chips among many others.

Williams has composed numerous works for the concert stage, among them two symphonies, and concertos for flute, violin, clarinet, viola, oboe and tuba. Williams also has filled commissions by several of the world’s leading orchestras, including the New York Philharmonic, the Boston Symphony, the Cleveland Orchestra, and the Chicago Symphony Orchestra. He has also composed music for many important cultural and commemorative events, including Liberty Fanfare, composed for the centennial rededication of the Statue of Liberty in 1986. His orchestral work Soundings was performed at the celebratory opening of Walt Disney Concert Hall in Los Angeles. In the world of sport, he has contributed musical themes for the 1984, 1988 and 1996 Summer Olympic Games, the 2002 Winter Olympic Games, and the 1987 International Summer Games of the Special Olympics. In 2006, Williams composed the theme for NBC’s presentation of NFL Football.