Musicians spend their professional careers in the spotlight and their lifetimes practicing their instruments to perfection. For conductor Jack Everly, there’s one thing that his career as a musician didn’t prepare him for: public speaking. Learn how he was inspired by his parents and overcame his own version of stage fright:

Although you’d never know it now, I grew up a very shy kid who preferred listening to music of all kinds: classical, musicals, my parents’ era of popular music and the popular music during the decades in which I matured. Aside from our family, speaking to people was never an easy experience.

My musical training created a safe zone, whether playing the piano (as my mother had) or eventually conducting, which no one in my family had ever done before. Speaking to an audience, though, was definitely nothing I had bargained for until the summer of 1991. 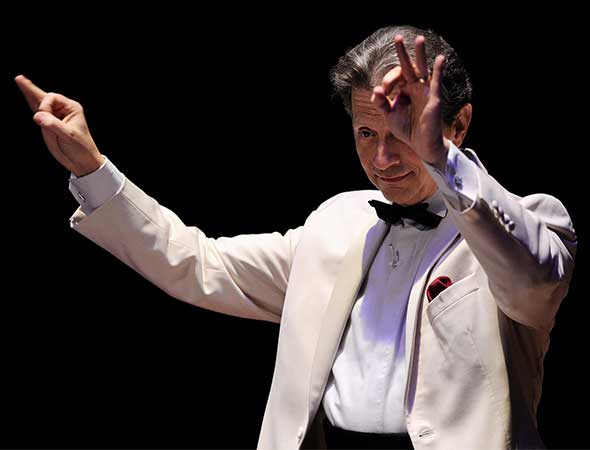 After finishing my first rehearsal of a Wagner program, the General Manager there asked me when I would be talking to the audience and about what topic. I gulped and mumbled, “I’ll get back to you on that.” Long story short, I went back to my hotel and desperately tried to pull together some talking points which would be more than dates and plot points of the Wagnerian operas. Somehow, I combined ‘The Power of Myth’ with Anna Russell  and envisioned my father’s joy of interacting with people (he owned his own shoe store), so that humor and current cultural thoughts came together and saved my, er, saved the day.

Even now, I conjure my dad’s absolute joy of talking with and joking with his customers before I walk onto the stage. My mom was the musician; my dad was the emcee. They’re gone now, but hopefully, I bring them together once more.