Professional musicians are in an inspiring field, but sometimes it can be easy to get caught up in the minutiae of their art, and it becomes difficult to find inspiration. In this series, world-class musicians tell us what they are most passionate about, and what keeps them going.

Violinist Viviane Hagner—who is playing Mozart’s Sinfonia Concertante for Violin and Viola with Brant Bayless on Respighi’s “Pines of Rome”—found inspiration to do something she never thought she would do: start a music festival. 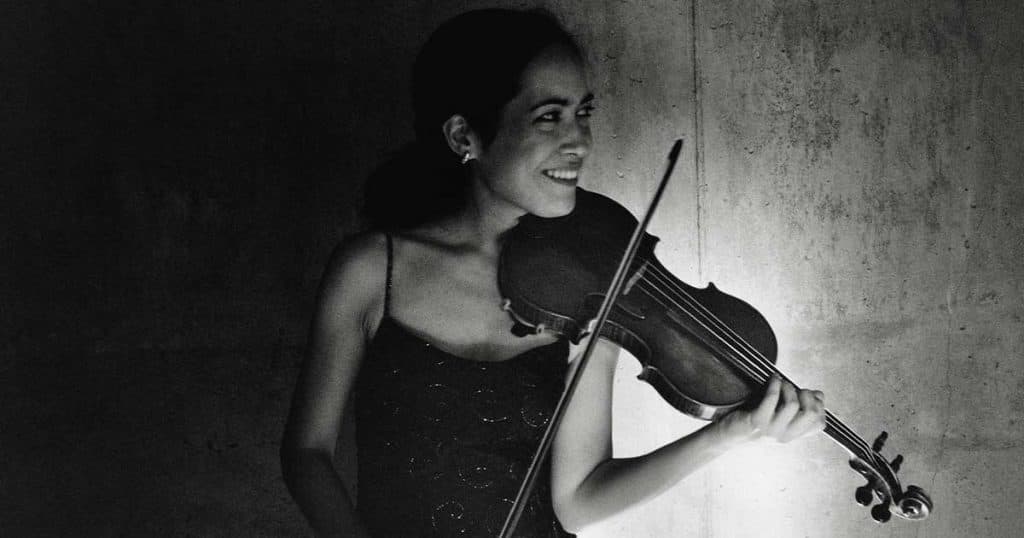 While for the longest time I was convinced that the last thing I would ever do is to start a new music festival—with already so many wonderful festivals existing around the globe—I felt the need to re-think my plans when I learned about a venue called Krzyzowa and a remarkable historic connection between that venue and the Marlboro Music Festival. Participating regularly at the Marlboro festival has given me so much musical inspiration and meaningful advice from much admired colleagues over the years.

It was Matthias von Hülsen who had called my attention to Krzyzowa, and together, we founded Krzyzowa Music in 2015. The idea was to establish a chamber music festival in Europe inspired by the Marlboro idea of matching “senior” and “junior” musicians in the study of chamber music.

Recently, the fifth edition of our chamber music workshop and festival “Krzyzowa Music” came to a successful close. Thirteen internationally acclaimed senior musicians studied, rehearsed, and performed chamber music works together with a carefully selected group of forty excellent, highly-talented junior musicians from all around the world. This summer, we worked on over 40 works ranging from a Bach Cantata or a Brahms Piano Quartet, to rarely performed works by Tansman, Vierne, or Smit. The opportunity to share each other’s musical insights and passion in such a concentrated yet casual atmosphere led to a number of outstanding performances which I will remember for a very long time.

Listen to one of Hagner’s performances at Krzyzowa Music below: