Have you ever wondered what goes on in the mind of a great artist? How did Van Gogh see all those colors and textures in mundane things? How did Emily Dickenson write words that touched the human soul so profoundly? How did Beethoven know how to create such beautiful melodies even as he was losing his hearing?

This season, we’ve asked many of our guest artists and orchestra members what they are most passionate about. Maestro Kazuki Yamada, gave us a look at what makes him tick, and showed us the incredible way he looks at music.

I like to think of music in relation to the countryside and I am particularly interested in the relationship between numbers and music. 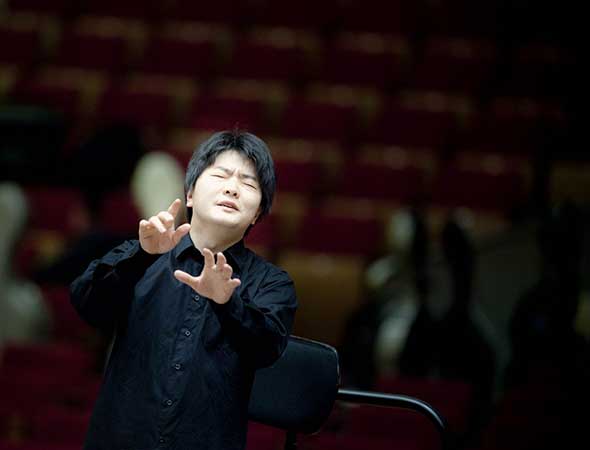 As we progress to the final movement of Beethoven’s 6th Symphony, the flute solo plays a musical scale, which is just a rainbow after the storm, which leads to the subsequent “gratitude.”

To give another example, the black keys of a piano are 2 + 3, but considering each interval, it is 2 + 3 + 2 + 2 + 3. If you convert this to a rhythm (think 2 as quarter notes and 3 as dotted quarter notes), you will have a form of primitive African rhythm. Is this also a coincidence?

Carmina Burana requires us to repeat a theme “three times” through many movements, but is this also related to alchemy? I find it really interesting to think about music in this way.