Over time, Modest Mussorgsky has acquired a reputation as the wild man of Russian music — a notion that is understandable if not entirely deserved. It is certainly reinforced by the thundering climaxes and raw emotion we hear in his music. But while the mysterious Mussorgsky seemed to shun the conservatory, training as a composer primarily through personal association with other composers and independent study, he was well-born and musically disciplined. If his compositions are moody and steeped in Russian folk tradition, that description could fit the music of many of his peers. Still, Mussorgsky’s voice is well-nigh unmistakable, especially in the brooding, innovative harmonies we hear in A Night on Bald Mountain and his other major compositions, such as his opera Boris Godunov.

Led by his passions and ardent in in his beliefs, Mussorgsky left a relatively small body of work, some of it remaining unfinished. All of it is marked by high drama, dark textures and the bold harmonies that Mussorgsky’s colleagues, including Rimsky-Korsakov, judged as excitingly expressive but raw. The exposed emotion and vividness of Mussorgsky’s expression suggests a visual component in almost everything he wrote. In A Night on Bald Mountain we can almost see the violence of the wind. 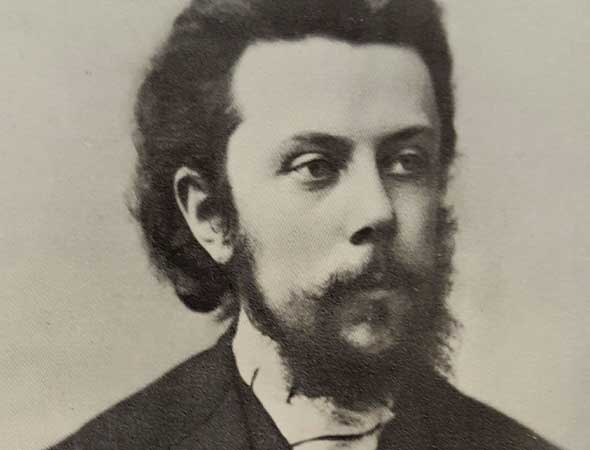 Composed in 1867, when Mussorgsky was still in his twenties, A Night on Bald Mountain is early Mussorgsky and vintage subject matter: a tone poem depicting a witches’ Sabbath occurring on St. John’s Eve, the very night (June 23) when he completed the work to his evident satisfaction. Unfortunately, his friend and mentor, the composer and piano virtuoso Mily Balakirev, held a lesser opinion of it — in part, perhaps, because of its innovative form and subject matter. (With Rimsky’s Sadko of the same year, it is considered one of the first Russian tone poems.) Mussorgsky recycled some of its musical materials in the opera-ballet Mlada and the opera The Fair at Sorochyntsi, but A Night on Bald Mountain was never heard during the composer’s lifetime.

The version of the tone poem that has achieved popularity among today’s concert audiences is an arrangement that Rimsky based on Mussorgsky’s music in Sorochintsy Fair. It received its concert premiere in St. Petersburg in 1886, five years after Mussorgsky’s death, and achieved immediate success. In the West, our indelible images of the windswept Bald Mountain are derived from the vivid collaboration between Leopold Stokowski and the Disney studios in the animated classic Fantasia (1940).

There is much more to the eerie content of this tone poem than just Mussorgsky’s characteristically vivid tone-painting of craggy peak at night in bad weather. He larded his score with bone chilling elements, including the sinister roll of the bass drum and scary descending phrases that slither like serpents. The New Zealand writer deftly describes this witches’ brew as a “hatful of horrors.” In fact, the composer’s four-part structure for this tone poem begins with [1] “an underground noise of inhuman voices. Appearance of the Spirits of Darkness followed by an appearance of Satan and [2] his adoration. [3] A Black Mass. [4] Joyful dancing of the Witches’ Sabbath.” With the tolling of a church bell, the darkness is finally dispersed.

Interestingly, the Black Mass section originally included a parody of a Russian Orthodox chant that Mussorgsky’s contemporary audiences in Russia would have recognized immediately – a shocking compositional strategy much like the bold religious parodies Berlioz worked into his Symphonie Fantastique. Rimsky deleted the references, but A Night on Bald Mountain still chills us to the bone, especially on Halloween.