Is there a composer more closely associated with water, or more expressive in describing it, than Claude Debussy? Like Benjamin Britten in his operas, Debussy returned to the sea again and again in songs and descriptive works for orchestra. “I love the sea and I have listened to it passionately,” he wrote. And as he confessed to his friend and fellow-composer André Messager, “You may not have known that I was destined for a sailor’s life, and it was only by chance that fate led me in another direction. Yet I have always felt a passionate love for the sea…”

Though Debussy never completed a symphony, La Mer challenges every section of the orchestra and is certainly symphonic in its scope. And, as with a symphony, its three movements are intended to be performed together — a single sequence representing a day on the sea. In place of traditional motifs and harmonies, in La Mer Debussy liberates the orchestra to create the luminous colors and aqueous textures that had obsessed him since childhood. The music rolls and surges like the sea itself. Among its early champions were composers including Giacomo Puccini and Debussy’s friend Erik Satie. Today, with the sounds of French Impressionist music more familiar to our ears, La Mer is universally appreciated as the masterpiece it is. 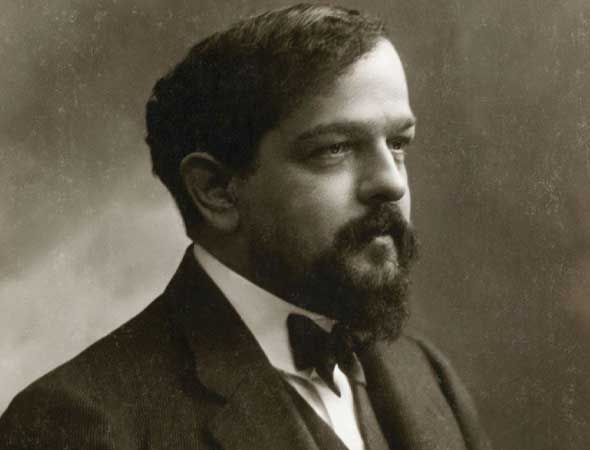 The first movement of La Mer represents “From Dawn to Noon on the Sea,” with the sun rising to its height and the waves gathering energy. Here, as in all three movements, brief fragments of melody take shape and dematerialize almost before we can recognize them, gesturally forming the impression of the rocking waters and the sparkle of light. The latent power of the waves is suggested by the ebb and flow of the cellos, with echoes in the horns and timpani.

In “The Play of the Waves,” Debussy’s fragmented, watery figures dart from section to section of the orchestra, with xylophone and harp accents seeming to glint on the water. Motion is ever-present in La Mer, and in this movement, a kind of generalized energy gains in tension as it progresses, leading us directly to the final “Dialogue of the Wind and Sea.” Here Debussy reprises a theme from the opening movement, but restates it with greater dynamic and textural contrasts. The effect is one of growing power and urgency, reflecting the sea’s immensity.

As always, a word of caution when listening to Debussy: relax. Let the music carry you along. Like those early critics, you won’t hear singable tunes or chord progressions that resolve and start over. But you will hear a gorgeously sensual evocation of the sea in all its variety.