The Concerto in F Major is often called Gershwin’s “most classical” composition, though opera enthusiasts point out that his opera Porgy and Bess is huge in scope and draws directly upon Wagner and Puccini. But the concerto, written in 1925 on commission for Walter Damrosch, hews closely to traditional concerto form. In this sense it is far more “classical” than, say, the popular Rhapsody in Blue. Gershwin scored the concerto himself (unlike the Rhapsody) and was piano soloist at the premiere.

The musical building blocks of the Concerto in F Major are American jazz and dance, synthesized in classical forms. It probably remains the most successful and frequently programmed such work in the American canon. Its “jazziness” is unmistakable from the opening moments, with explosive timpani strikes. The extended orchestral introduction that builds to a dramatic solo piano entrance is traditional in form, but with jazz flair. Blues, of course, were never far from Gershwin’s pen, and in the second movement we hear the flatted thirds of the blues in “blue notes” that glitter elegantly, rather than wailing as they do in the Rhapsody in Blue. In the final movement, Gershwin invokes the spirit of Ragtime, where his songwriting success began. 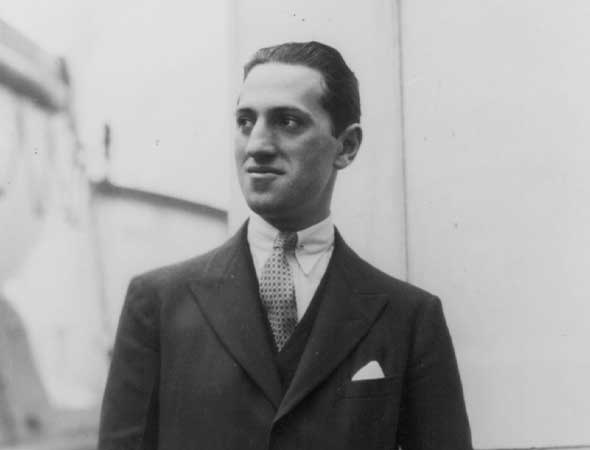 Gershwin himself commented on the concerto’s sound, eloquently describing its riot of rhythms. “The first movement employs the Charleston rhythm,” he wrote. “It is quick and pulsating, representing the young enthusiastic spirit of American life. It begins with a rhythmic motif given out by the kettle drums…. The principal theme is announced by the bassoon. Later, a second theme is introduced by the piano. The second movement has a poetic, nocturnal atmosphere, which has come to be referred to as the American blues, but in a purer form than that in which they are usually treated. The final movement reverts to the style of the first. It is an orgy of rhythms, starting violently and keeping to the same pace throughout.” The concerto presents a finale of requisite flash, with exciting, rapid octave scales and pentatonic chord progressions juxtaposed against emphatic, vigorous percussion. The sound is as American as Broadway.