Mendelssohn’s musical ideas were inspired by the grand tour of Europe that occupied the composer from 1829 to 1831. By then, Mendelssohn, around the age of today’s college sophomore, was broadly educated and a mature composer. The idea of young composers from elsewhere in Europe honing their styles in Italy was more than a century old; even the culturally chauvinistic French sent their best and brightest to Italy for two years with the Prix de Rome.

Extensive travels in Italy and brilliant letters sent home to a musically gifted sister were among the many strange coincidences linking Mendelssohn and Mozart. Felix’s letters reveal his euphoric embrace of Italian culture and landscape. In a February 1830 letter to his sister, Fanny, he references the Italian symphony: “It will be the jolliest piece I have ever done, especially the last movement. I have not found anything for the slow movement yet, and I think that I will save that for Naples.”

The Italian Symphony seems to achieve the impossible, musically capturing the brilliance of sunshine and the vibrancy of wine. Suffused with a sense of travel and of the golden Italian landscape (though not, arguably, with the flavor and dynamism of the Italians themselves), the symphony’s scenic melodies sweep us along. It’s worth noting the sense of drama that opens the symphony, conveying the excitement of both departure and arrival. The effect requires virtuosic precision of attack in the brasses from the very first moment, a challenge that at least one wag has described to your intrepid annotator as “the dilemma of the horns.” 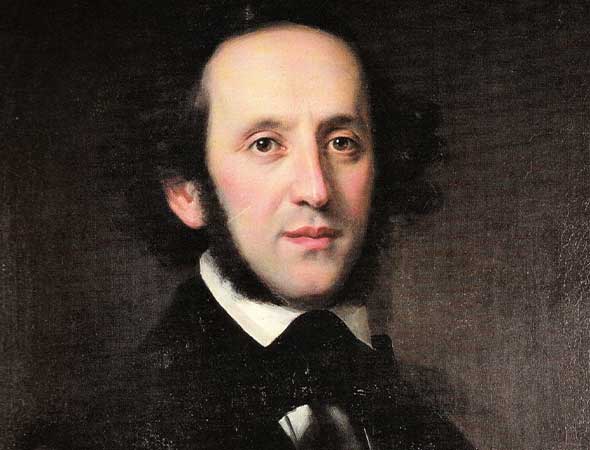