The chronology of Schumann’s Piano Concerto is straightforward enough, but the story behind it is not so simple: Schumann’s only piano concerto began as a single-movement work, his Fantasie, composed in 1841. Then, in the spring and summer of 1845, he added two movements to create a complete concerto. His wife, the great pianist Clara Wieck, introduced the concerto at a New Year’s Day concert in Leipzig in 1846.

Schumann’s style of piano composition is often described as mercurial. It seems certain that Clara Wieck, noted for the poetic subtleties of her interpretations, was the perfect pianist for his music. But concertos call for drama as well as poetry, and this one opens with a gesture that has been described as ripping away a curtain: a fusillade of chords from the piano. The boldness of this introduction clearly influenced the young Edvard Grieg in composing his own Piano Concerto in A Minor. 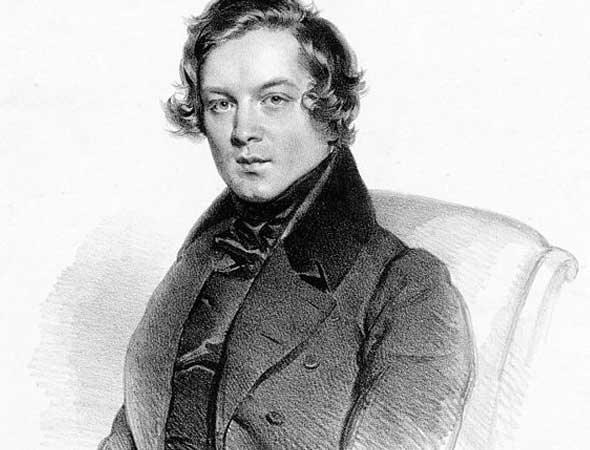 In transitioning from the first movement to the second we can hear Schumann’s moodiness, which is apparent in the concerto’s extremes of color. In the second movement, an intermezzo, a melody of great delicacy takes shape, with the piano relegated mainly to accompaniment. But in the more energetic third movement, marked allegro vivace, the piano part shows majesty, energy and variety. The concerto concludes by drawing together the thematic materials we have heard into a cohesive finale, climaxed by a dramatic sounding of timpani and a dramatic chord that echoes through the orchestra.

Tags
Concerto in A Minor for Piano and Orchestra| Robert Schumann|