Strauss’ most important compositions were tone poems such as Don Juan, Till Eulenspiegel and An Alpine Symphony. In a sense, tone-poems were his symphonies; though he was Mahler’s best ally in that composer’s Promethean struggles with the post-Beethoven symphony, Strauss was more interested in dramatic narrative than in symphonic construction. And while his contemporaries Zemlinsky, Schoenberg and Berg suffered the fate of most pioneers and prophets, Strauss used his sheer virtuosity as a composer to earn a kind of honorary citizenship among the modernists. Many of his tone-poems are based on literary works — Also sprach Zarathustra, Till Eulenspiegel, Don Quixote. Some are frankly (and flatteringly) autobiographical — Ein Heldenleben (yes, Strauss himself is the eponymous hero) and the Alpine Symphony. All are symphonic in scope, basically symphonies in which the architecture of individualized narrative replaces the prescriptive architecture of traditional symphonic construction. (Anthony Burgess reversed this process in his novel Eroica.)

All of Strauss’ tone-poems are wordless, in contrast with many of Mahler’s epic compositions that were designated as symphonies but include sung texts. If the tone poems were not modern even in their day, we must still listen to them as if they were. Their abundant motifs, which range from deft touches to lush melodies, are embedded in dense chords whose slippery tonalities can change in mid-phrase. 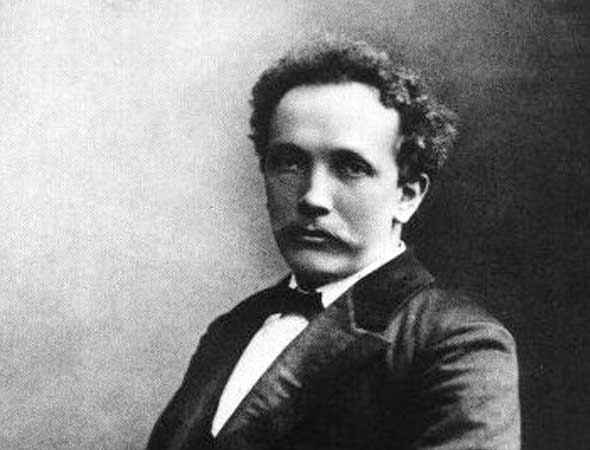 The work brings from night to morning and back to night, and thus from birth to death. As dawn breaks, the hiker begins his ascent, enters an alpine forest, and hikes alongside a brook to a waterfall. After experiencing an apparition, he comes upon flowering meadows and pastureland, losing his way among thickets and then coming upon a glacier. He is beset by danger before finally reaching the alpine summit. Once he has achieved it and begins his descent into the mists, rain and sunset of an alpine evening, he is a different person — more aware of the eternal presence of nature and the cycle of creation and death.

An Alpine Symphony is daring in its loving embrace of a pantheistic philosophy that finds the presence of God in the natural world. We can compare it with the ideas of the transcendentalists in America and in particular with Thoreau, who saw salvation in the wilderness. But in listening to this tone-poem, we hear music that is about as far from rustic as you can get: a gigantic orchestra playing dazzlingly sophisticated harmonies, exotic colors and febrile textures.