It is not a symphony, nor is it Spanish. The Symphonie espagnole is a fabulously abundant violin showcase — non-stop fun to hear and, if you happen to be a prodigiously skilled violin virtuoso, a joy to play. Its Spanish-inspired melodies challenge the soloist to dig into the strings or skip fleetly over them by turns. So is it a concerto? With five movements and no cadenzas, not really — although it has won a place alongside the most popular violin concertos.

Édouard Lalo, the composer of this glorious anomaly, was born in 1823 in Lille, a city in the northern reaches of France. A gifted string player, he studied at the Paris Conservatory with François Habeneck (remembered for his antagonism to Berlioz) and later worked in Paris as a string teacher and player. In 1865 he married the French contralto Julie besnier de Maligny, who piqued his interest in opera. but Lalo’s forward-looking music dramas were perhaps too advanced for their time, and certainly — with their Wagnerian influence — insufficiently Gallic for the French taste. None but Le roi d’Ysis still performed. But his excellent Cello Concerto in d Minor and the beloved Symphonie espagnole have earned Lalo a cherished spot in the string repertory 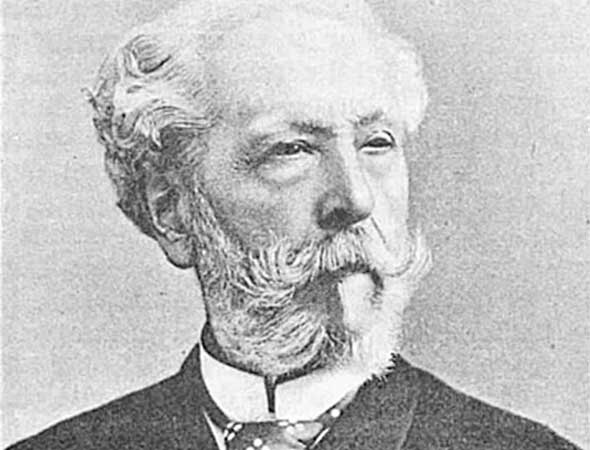 The Symphonie espagnole may well be a window onto the playing of one of the great violin virtuosi of all time, Pablo de Sarasate, whose playing inspired Lalo. Sarasate, a Spaniard, performed with passion and elegance, projecting a style not quite so Mephistophelian as Paganini’s; his fingers seemed to dance over the strings with a fleetness especially suited to the Symphonie, which he introduced in 1875. While the Symphonie’s melodies begin in darkness, they quickly brighten, and its dancing rhythms — especially in the final movement, with its foot-stamping vamp — may well have inspired the many French compositions on Spanish themes that came after it. In composing his own violin concerto, Tchaikovsky was energized by the abundance of melody and structural freedom of the Symphonie espagnole.