DUTILLEUX: The Tree of Dreams

The wonderful French composer Henri Dutilleux led a long and productive life in music, earning popularity with the public and fellow musicians alike. He died in 2013 at the age of 97, leaving a legacy of compositions that are unique, gripping and sensuous in their sound, but that defy categorization. In the mid-20th century, when the breakthroughs of Impressionist music were already in the past but doctrinaire conflicts between new composers were raging, Dutilleux’s music might have been forced into a category such as Impressionist, atonal, serialist or neo-Romantic. In the U.S., the arguments seemed to reflect the partisan hostility of the global Cold War, with composers in opposing political camps questioning each other’s legitimacy — the extremes represented by revolutionaries such as Milton Babbitt and traditionalists such as Gian Carlo Menotti. “What I reject is the dogma and the authoritarianism which manifested themselves in that period,” said Dutilleux, who patiently refused to be associated with any one school of composition. Later in the century, when theory wars abated, we were better able to hear that Dutilleux’s music incorporates all these styles, yet sounds like none of them; it is simply Dutilleux.

Born to a family of artistic and scholarly accomplishment, Dutilleux studied harmony, counterpoint and piano at the Douai Conservatory before leaving for the Paris Conservatoire, where he enrolled in 1944. There he continued his studies in music theory and history, winning the coveted Prix de Rome for his cantata L’anneau du roi in 1938. He was 23 and in the first year of his residency in Rome when World War II began, and volunteered for work as a medical orderly. He returned to Paris in 1940 and found work during the occupation as a pianist, arranger and music teacher. 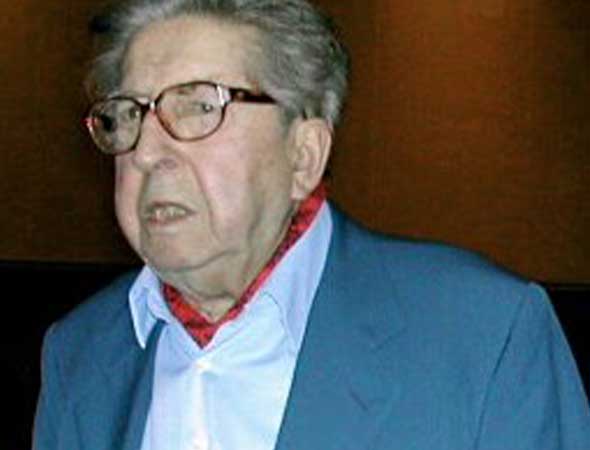 As the Western world emerged from war, Dutilleux remained active as a music educator and programmer, remaining outside the scholarly debate on the future of classical music composition while cultivating his own unique compositional style. He worked as head of music production for radio France from 1945 to 1963, was professor of composition at the École Normale de Musique in Paris from 1961 to 1970, and was appointed to the faculty of the Conservatoire national Supérieur de Musique in 1970. His activities also extended to the U.S., where he served composer-in-residence at Tanglewood in 1995 and 1998. His roster of composition students was broadly international, including French composers Gérard Grisey and Francis Bayer, Canadians Alain Gagnon and Jacques Hétu, the Briton Kenneth Hesketh, and Americans Derek Bermel and David Sampson. In 2006 he became the 16th composer to be honored with a Komponistenporträt at the Rheingau Musik Festival in Germany.

Dutilleux numbered Debussy, Ravel, Bartók and Stravinsky among his chief influences, along with such repertory staples as Beethoven’s late string quartets and Debussy’s opera Pelléas et Mélisande. When we listen to his works, what we hear is not an extension of any particular style — not even echoes of Debussy or of his own French contemporaries, Boulez and Messiaen — but a new aural environment that applies mastery of all these styles in a highly sensual way. But his musical tastes ran far outside the classical realm, as well; for example, he loved jazz singers, especially the great Sarah Vaughan. Some listeners hear echoes of jazz in the flow of his music, which is singing rather than spiky, and in his use of complex syncopations.

The sensual appeal of Dutilleux’s voice works in tandem with some of the most difficult qualities of modern music, making them accessible and enjoyable. For example, though his work is generally atonal, dominant bass notes provide an aural context that make “pitch centers” clear. Despite the general absence of traditional melodies in his compositions, the continuity of recognizable tonal gestures gives a lyric flow to Dutilleux’s sound. This is strongly evident in the poetically titled L’arbre des songes (“the tree of dreams”), his 1985 violin concerto that is one of the most recent and successful additions to the repertory of standard-rep violin concertos.

Radio France commissioned L’arbre des songes for dedicatee Isaac Stern, who played it widely before his death in 2011. The music took shape between 1983 and 1985, and was warmly embraced by listeners in the U.S. in Europe immediately upon its premiere in Paris, with Lorin Maazel conducting soloist Isaac Stern and the Orchestre National de France. In a note at the time, Dutilleux commented that “All in all the piece grows somewhat like a tree, for the constant multiplication and renewal of its branches is the lyrical essence of the tree. This symbolic image, as well as the notion of a seasonal cycle, inspired my choice of ‘L’arbre des songes’ as the title of the piece.”