by Collette Cook and Kathleen Sykes

The holiday Cinco de Mayo, also called the Anniversary of the Battle of Puebla, is a day that celebrates the date of the Mexican army’s victory over France at the Battle of the Puebla in 1862 during the Franco-Mexican war. Although the holiday is only minor in Mexico, it has become a commemoration of Mexican culture and heritage in the United States.

We also want to join in the celebration! Mexico has brought the classical music world some real tours de force, and in the spirit of the holiday, we want to share some of them with you: 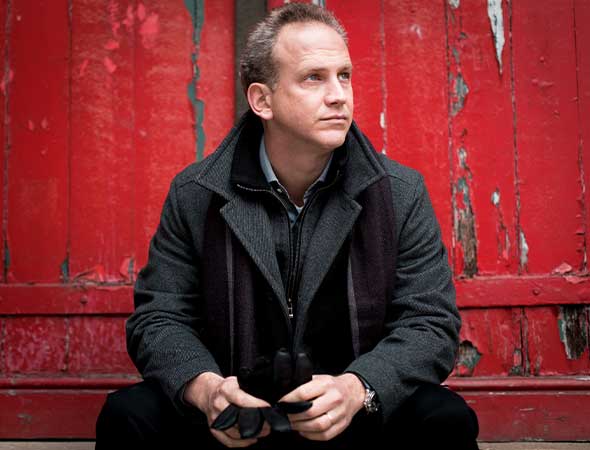 As the child of a father who was a mariachi musician and a grandfather who was a folk musician, his work incorporates forms and styles of his native Mexico and he has been particularly influenced by Latin ballroom dancing, where the movement and rhythms could make even the least dancing-inclined to sway and tap their feet.

His composition that we want to highlight is his Conga del Fuego, which is a Cuban carnival dance. It is a fiery little showpiece that, although maybe a bit complex and multifaceted to dance to, will make you feel the congo’s signature dance imperative of 1-2-3-kick!

Enrico Chapela was born in Mexico City, where he still lives and has made quite the name for himself as a guitarist and composer. His music mixes traditional influences from different eras and cultures and often tells a story with his compositions. He has been commissioned to create works for the LA Philharmonic, Carnegie Hall, Wigmore Hall, and the Berkeley Symphony, among others. He also played guitar in a heavy metal band.

The composition that we wanted to highlight is Inguesu, a 9-minute musical rendering of the 1999 Mexico vs. Brazil soccer match. This recording is coincidentally conducted by Alondra de la Parra, who we will highlight later on.

Jose Pablo Moncayo is one of the most important composers and musicians in Mexico’s rich history of classical music. He is best known for his Huapango, a favorite performance piece of ours. It’s a work that somehow evokes complex moods from celebratory to homesick and was based on traditional dance music that he heard in his native Mexico.

Perez was born in Chicago to Mexican immigrants who hoped she would become a doctor or a lawyer, but she chose to follow her passion for singing opera, and the world thanks her for it! She made her  Royal Opera debut in 2011 as Violetta in La traviata and her Metropolitan Opera debut in 2015 as Micaëla in Carmen. She recently was the first Latina to be cast as the leading role in Thaïs.

Villazón might be a familiar face to you if you live in Utah. You might remember in 2016 that he was the featured artist at The Tabernacle Choir at Temple Square’s Christmas special.

His journey into the classical music world was a bit unexpected. He was singing in the shower, and when he got out, he heard a knock on his door–it was famed baritone Arturo Nieto who invited him to come to study vocal performance at his conservatory. Since then, the rest is history! He has performed with top tier companies and festivals all over the world.

Here he is singing a traditional Spanish carol with the Tabernacle Choir a few years ago:

We have a real soft spot for Carlos Miguel Prieto. He has been beloved by our orchestra and patrons since he joined us for our first Celebración Sinfónica as well as a Masterworks performance in the 2019-20 season. Although he grew up studying music (he even attended Interlochen Center for the Arts), he eventually went to Princeton for engineering and then Harvard Business School for an MBA.

He never strayed too far from music, always playing in the university orchestra and attending rehearsals for any large orchestra playing nearby. Eventually, he realized that his heart and soul belonged to classical music and he has become a sought-after conductor all over the world. He was named Musical America’s 2019 Conductor of the Year and is the music director of the Orquesta Sinfónica Nacional de México, Mexico’s most important orchestra.

Here he is performing Tico-Tico no Fuba with us in Celebración Sinfónica in 2019:

Mention Alondra de la Parra around our offices, and you’ll see us get a little star-struck, and for good reason! She’s been the cause of a lot of buzz—she’s bold and doesn’t shy away from challenging new composers. At just the tender age of 23, she started the Philharmonic Orchestra of the Americas to champion work by Mexican composers (which also released two incredible albums, Mi alma Mexicana, and Travieso Carmesí.) She made musical history in a heavily male-dominated field as a conductor and is currently the music director of the Queensland Symphony in Australia—the first female ever in its principal conducting post.

She’s also just a lot of fun to watch perform. Listen to this great recording of her conducting Márquez’ Danzón No. 2.