The Dallas-based composer and conductor Quinn Mason has been described as “a brilliant composer just barely in his twenties who seems to make waves wherever he goes” by the online cultural magazine Theater Jones. His symphonic music has been performed in concert by the Dallas Symphony Orchestra, South Bend Symphony Orchestra, Orchestra Seattle, New Texas Symphony Orchestra, and the Mission Chamber Orchestra. His compositions for winds has been performed by the Cobb Wind Symphony, Metropolitan Winds, and bands of Southern Methodist University, University of North Texas, Texas Christian University, Purdue University and Seattle Pacific University. His chamber music has been performed by the American Composers Forum,Voices of Change, loadbang, MAKE trio, Atlantic Brass Quintet, UT Arlington Saxophone Quartet, and the Cézanne, Julius and Baumer string quartets. His solo music has been championed by distinguished soloists such as David Cooper (principal horn, Chicago Symphony), Holly Mulcahy (concertmaster, Wichita Symphony) and Michael Hall. 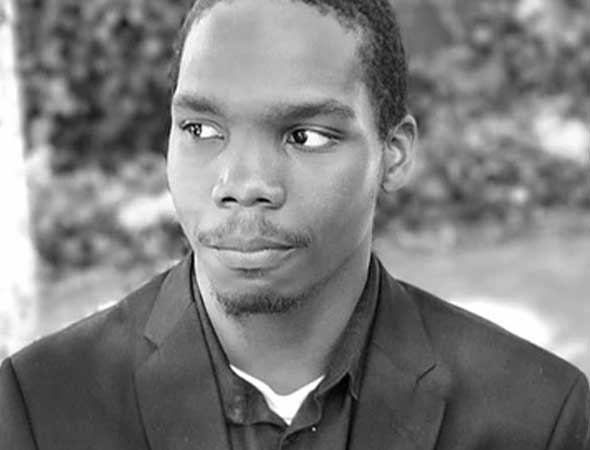 Mason’s mission is to compose music for various mediums “Based in traditional western art music and reflecting the times in which we currently live.” Quinn has studied with Dr. Lane Harder at the SMU Meadows School of the Arts, Dr. Winston Stone at University of Texas at Dallas and has also worked with renowned composers David Maslanka, Libby Larsen, David Dzubay and Robert X. Rodriguez. He has received numerous awards and honors from such organizations as The American Composers Forum, Voices of Change, The Diversity Initiative, Texas A&M University, the Dallas Foundation, the Philadelphia Youth Orchestra, the Heartland Symphony Orchestra and the Arizona State University Symphony Orchestra.

​As a conductor, Mason has led Orchestra Seattle, the Brevard Sinfonia, and the Texas Christian University Symphony Orchestra. He has conducted world premieres of his own works as well as several world premieres written by his composer colleagues, and standard orchestral repertoire. Currently, Quinn serves as Apprentice Conductor of the Greater Dallas Youth Orchestra. Quinn has studied conducting with Miguel Harth-Bedoya (Fort Worth Symphony Orchestra), Edwin Outwater (SFCM), Dr. Germán Gutiérrez (TCU), Will White (Orchestra Seattle), and Jack Delaney and Paul Phillips (SMU).

​World premieres include his ‘Symphony in C Major’ with the Heartland Symphony Orchestra, Symphony No. 4 “Strange Time” by the Meadows Wind Ensemble, ‘Princesa de la Luna’ by the River Oaks Chamber Orchestra, ‘Changes/Transitions’ by the Utah Symphony Orchestra brass and percussion, ‘Por Seis’ by One Found Sound and ‘Reflection on a Memorial’ by the Dallas Symphony Orchestra. Upcoming guest conducting appearances include concerts with the MusicaNova Orchestra and the Greater Dallas Youth Orchestra.

An avid and passionate writer, Mason maintains his own classical music blog and contributes guest articles to other blogs, such as the Women’s Philharmonic Advocacy. Quinn is a member of ASCAP and the Conductor’s Guild.

Scored for brass and percussion, Changes/Transitions was composed in July 2020. It was commissioned by the musicians of the Utah Symphony and is presented by the Utah Symphony in its world premiere under the direction of its music director, Thierry Fischer. On his website, Mason describes this brief, powerful work as “‘a celebratory view on the progress we’ve made with the recent Black Lives Matter protests, which happened nationwide May — July, 2020. This piece also asks the question, ‘What can we do to get to where we want to be?’”