Talk about swimming upstream! After centuries of cultural opposition to women in classical music on both sides of the Atlantic, and at a time when the under-representation of women and Black Americans in classical music professions is in the news, Valerie Coleman has overcome these obstacles to become one of the most acclaimed and widely programmed composers of our times. She was named by the syndicated radio program Performance Today as the 2020 Classical Woman of the Year, and was designated as one of the “Top 35 Female Composers in Classical Music” by influential music critic Anne Midgette. Both as a composer and an articulate voice for change, Valerie Coleman is a major voice for music and for change.

Whether live or on broadcast, Coleman’s compositions are easily recognizable for their inspired style and can be throughout venues, institutions and competitions globally. The Boston Globe described Coleman as a having a “talent for delineating form and emotion with shifts between ingeniously varied instrumental combinations,” and The New York Times observed that her compositions are “skillfully wrought, buoyant music”.  With works that range from flute sonatas that recount the stories of trafficked humans during Middle Passage and orchestral and chamber works based on nomadic Roma tribes, to scherzos about moonshine in the Mississippi Delta region and motifs based from Morse Code, her body of works have been highly regarded as a deeply relevant contribution to modern music. 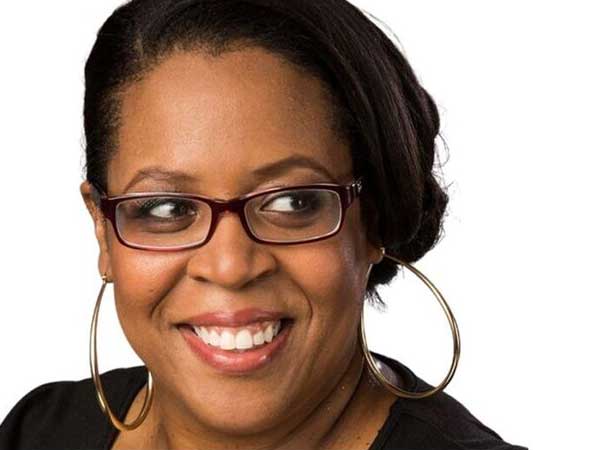 A native of Louisville, Kentucky, Coleman began her music studies at the age of eleven and by the age of fourteen, had written three symphonies and won several local and state performance competitions. She is the founder, creator, and former flutist of the Grammy® nominated Imani Winds, one of the world’s premier chamber music ensembles, and is currently an Assistant Professor of Performance, Chamber Music, and Entrepreneurship at the Frost School of Music at the University of Miami. Through her creations and performances, Valerie has carved a unique path for her artistry, while much of her music is considered to be standard repertoire. She is perhaps best known for UMOJA, a composition that is widely recognized and was listed by Chamber Music America one of the “Top 101 Great American Ensemble Works”. ​Coleman has received commissions from Carnegie Hall, American Composers Orchestra, The Library of Congress, the Collegiate Band Directors National Association, Chamber Music Northwest, Virginia Tech University, Virginia Commonwealth University, National Flute Association, West Michigan Flute Society, Orchestra 2001, The San Francisco Chamber Orchestra, The Brooklyn Philharmonic, The Flute/Clarinet Duos Consortium, Hartford Symphony Orchestra, Chamber Music Northwest, and the Interlochen Arts Academy to name a few.

With over two decades of conducting masterclasses, lectures and clinics across the country,  Valerie is a highly sought-after clinician and recitalist. Recently, she has immensely enjoyed being the featured guest artist of flute fairs around the country.

Coleman’s Afro-Cuban Concerto interweaves musical sources from Africa, the Americas and the Caribbean to unique and irresistible effect. The Los Angeles Times described the result as an “engaging showpiece, deftly woven polyrhythmic lines — suggesting the pulse of Cuban clave and even James Brown.” The Boston Globe cited Coleman’s “talent for delineating form and emotion with shifts between ingeniously varied instrumental combinations,” and The New York Times hailed her compositions as “skillfully wrought, buoyant music.” Not to be outdone, critic Steve Metcalf of the Hartford Courant called her as “The composer who almost made me forget Mozart”.