Born in 1874, Schoenberg composed in the intellectual hothouse that was turn-of-the-century Vienna. Early in his career he explored ways of extending the romantic styles of Wagner and Brahms, who were considered antagonists by their contemporaries. But in fin-de-siècle Vienna there was a sense that more than just the century was ending; to many thinkers, traditional ideas about art and music seemed headed for a dead end. What more did traditional harmony and melody have to offer a world about to begin the 20th century?

As the acknowledged leader of the Second Viennese School, Schoenberg would become famous for a controversial new compositional method in the 1920s that came to be known as “twelve-tone technique” — replacing traditional scales with the entire chromatic scale, unanchored by any particular “home” tone, and not reliant upon familiar intervals or harmonies. His groundbreaking ideas, which inspired passionate advocacy and opposition, still strike fear into some listeners…at least by reputation.

To some listeners, Schoenberg’s later compositions represent something frightening: the onset of a modern style of music that eclipses the familiar rules of melody and harmony. (It is often described as “atonal,” a term Schoenberg rejected.) The fact is, we all take more extreme musical styles in stride when we hear them in today’s movies and television shows. The turning point for Schoenberg came in 1899, with the introduction of his shimmeringly beautiful string sextet Verklärte Nacht, with the new century approaching and the Habsburg empire collapsing. It was Schoenberg’s first major composition, but one of the last that would locate him in the late romantic tradition of Brahms, Wagner, Richard Strauss, and his teacher, Alexander Zemlinsky. 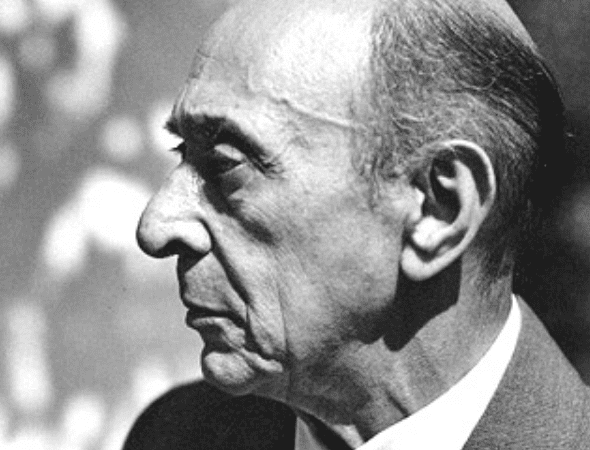 Composed in 1906, Schoenberg’s first chamber symphony is catalogued as Op. 6, making it an early work, but one step further along the road in his development; in fact, it was part of the famous “Skandalkonzert” of 1913, conducted by Schoenberg and programmed entirely of works by the Second Viennese School. That concert nickname tells us something about how his contemporary listeners reacted, though modern listeners hear the musical vocabulary of Richard Strauss and Gustav Mahler in this work and his others of its period. In fact, the symphony is built around recognizable melodies, or on what might be termed “motivic gestures” depending on how you listen; and though its tonality wanders adventurously, tonality is there to be heard, with a “home key” of E major.

More daring than the symphony’s harmonic adventurism, perhaps, is Schoenberg’s incredible economy of means. With scoring of brilliant deftness and compactness of structure, this chamber symphony, with its single movement and relatively small ensemble, achieves a hugely expressive sound and a sense of completeness that much larger-scaled symphonies often don’t. Modern critics hear it as a reaction against the monumentality of Mahler’s symphonies and Strauss’s immensely complex orchestrations; in fact, Schoenberg has been hailed as one of the greatest orchestrators of all time.

The symphony’s single movement leads us through five sections. A slow introduction opens onto to a brisk march, and then a fast-paced scherzo takes us to a slower third section in which the original themes return in a more reflective form. The melancholy fourth section that follows has been described as “Mahlerian,” but its introspection contrasts dramatically with an effervescent finale.

Now, then. Who’s afraid of Arnold Schoenberg? We aren’t!