Composer of the Week – Duke Ellington! 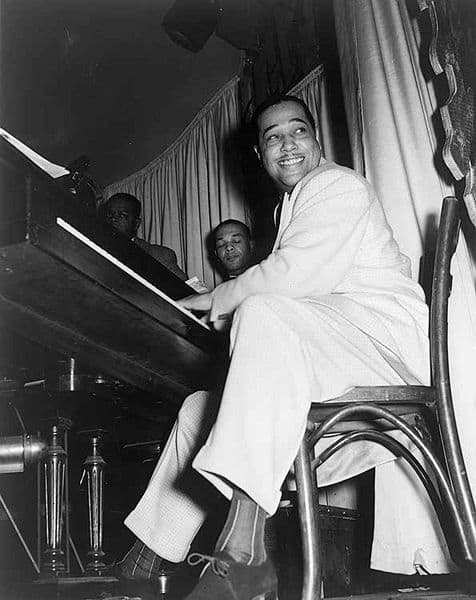 Happy Birthday (on Friday) to American composer, band leader, and pianist, Duke Ellington!
Edward Kennedy “Duke” Ellington was an incredibly influential jazz musician who also composed gospel, film, and classical music. He earned twelve Grammy awards, multiple recordings were inducted into the Grammy Hall of Fame, and he earned the Grammy Lifetime Achievement Award. He was also awarded the Pulitzer Prize, the French Legion of Honor, and he appears on the Washington, D.C. quarter.
Ellington’s first foray into classical music was in 1943 when his orchestra performed Black, Brown, and Beige in Carnegie Hall. It was not well received, but it didn’t stop Ellington, who composed almost a dozen other jazz orchestral suites in the later half of his life.
Here’s a section from his Black, Brown, and Beige called “Come Sunday”:

Here’s one of his later works that I just adore, Suite from The River. This movement is called “Riba”: