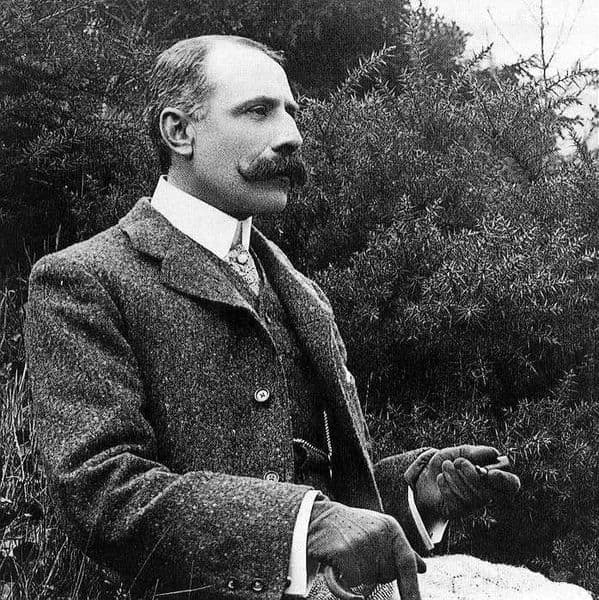 Happy Birthday to English composer Sir Edward Elgar, who was born today in 1857.
We often consider Elgar to be one of the quintessential English composers, but he considered himself to be an outsider in many ways. Despite his differences in upbringing, musical training, and religion, he achieved popularity in his lifetime and enduring popularity after his death.
Elgar was one of the first classical musicians to recognize the importance of a new technology – the gramophone. He conducted recordings of many of his works, which are still available today.
Here’s a recording of his cello concerto, conducted by Elgar and recorded in 1928:

Many people know the ninth movement of Elgar’s “Enigma Variations” (known as the Nimrod Variation), but here’s the first few variations of the piece:

And here’s the beginning of the third movement of Elgar’s Violin Concerto: