Mogens Mogensen now resides in Utah but was originally from Denmark. He published a five-volume biography on the life of Carl Nielsen in the 1990s. Throughout the 2013-14 season as the Utah Symphony performs all six symphonies of Carl Nielsen, Mogens will be contributing insights into Nielsen’s life for our blog. This story comes from a time when Mogens was travelling Europe in search of individuals who had been living witnesses of Carl Nielsen. 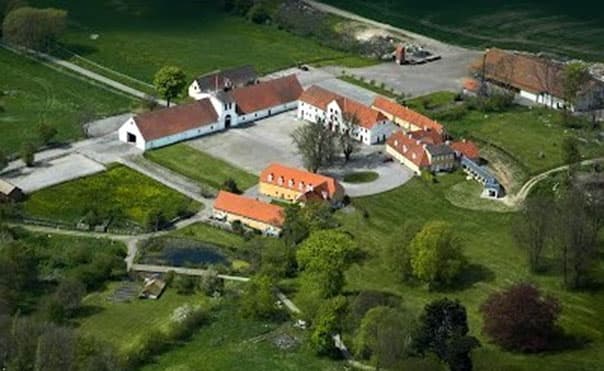 As I traveled and visited these old sites and people, I came across a rich source of handwritten documents by Carl Nielsen. During a visit close to Klintholm Gods, Møn, south of Copenhagen, I came in contact with a nephew of Ove Scavenius, a rather strange composer in Danish history.

Ove S. was the son of a very influential landowner. He was kind of a loner. He seemed to be a talented musician and studied composition in Copenhagen under the direction of Carl Nielsen. His brother had been State Minister of Denmark and most of his siblings got into important circles of Danish High Society. It can only be presumed that this was the reason that Carl Nielsen and his youngest daughter, Anne Marie Carl-Nielsen, had an interest in him and patiently kept contact with him over many years.

My contact with this nephew in Klintholm brought me in touch with interesting historical material, and at a certain point I received a few handwritten postcards as thank you gifts for my research and publications. One of these randomly received gifts revealed an interesting fact; namely, how the composer Carl Nielsen practically fled Denmark and went to “hide” for a while in the home of his devoted friend Edvard Grieg in Trollhaugen near Bergen, Norway.

Postcard from Carl Nielsen to Ove Scavenius, sent from Norway. Front: Finse Hotel. Back: “Dear Scavenius, Make sure you send me what you have done and what you are going to do. Send it to Trollhaugen per Hop St[ation], Norway. I fled the country kind of suddenly, but I will answer you promptly. Please go and visit my family. With friendly greetings from your always devoted Carl Nielsen.”

One might wonder why Carl Nielsen suddenly fled Copenhagen and traveled all the way to Norway. Edward Grieg had passed away, so why?

Grieg’s wife and greatest supporter of his art, Nina Hagerup was originally from Denmark. After her husband’s death in 1907 she resided once again in her hometown of Copenhagen, and, of course, she kept close contact with her 20-year-younger friend Carl Nielsen and his circle of music associates. 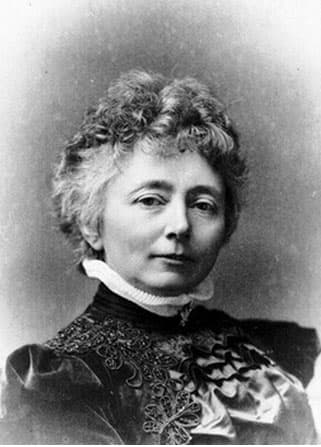 Carl Nielsen did not spontaneously flee Copenhagen. It had been planned in advance, and he did not travel to Trollhaugen alone. One of the greatest contemporary music critics, Charles Kjerulf, accompanied him. Nina’s sister Tonny Hagerup had offered them a quiet vacation in her home in Trollhaugen. After a long journey by ship to Bergen, they went by train to Finse and from there to Hop where they were picked up by Tonny. The fact that Carl Nielsen invited his student Ove Scavenius to send his homework all the way to Norway after arriving in Trollhaugen shows that the composer had great things in mind.

The same cabin where Edvard Grieg composed most of his music was now occupied by his young friend Carl Nielsen. And the cabin soon came to life again with the resonance of the newly started Violin Concerto Op.33 – almost like a revenge of Grieg’s Piano Concerto in A-minor, which was composed in Copenhagen.

Not only the work shop cabin with Grieg’s piano but also the landscape and surroundings provided inspiration for the upcoming Violin Concerto. Carl Nielsen wrote to his wife, “…please come up here and enjoy it with me and Kjerulf. The two sisters are really taking care of the household here as if Edvard still were alive. In the evening the mountains around here are standing clear with the blue sky as background, and one can effectively read outside all night long as [the sun disappears but there is no darkness].”

He writes furthermore to his wife, the sculptress Anne-Marie Carl-Nielsen, “We four had dinner last night with the German Consul and his wife. They both talked so much about you from what the knew from the newspapers. I promised to introduce them to you next time they go to Copenhagen.”

Peculiarly enough, at this time of his career, Carl Nielsen’s wife actually was already a famous and well recognized artist in Scandinavia as well as in Germany. Two weeks before his wife joined him in Trollhaugen, he wrote her (June 20, 1911), “… I am in a strange, unsatisfactory and uneasy situation, where I don’t really believe in the future. I expect that some day my creative work will be recognized a little. I really have the desire to soon be able to hear the sound of the fruit of my ability.”

The Violin Concerto was not the only thing the composer created during the 1911 year. He was a master of composing different pieces at the same time. And so it came to pass that both his new Opus 33 as well as new Third Symphony were performed the evening of February 28, 1912, in the Odd-Fellow-Palace in Copenhagen. 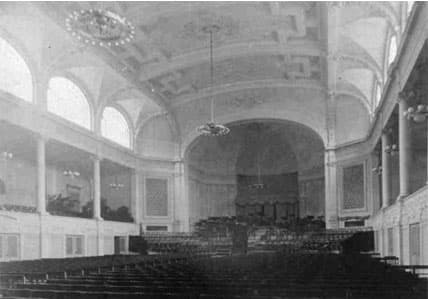 The following day, one delivery of flowers after another began to fill his home with colorful and well-smelling petals, topped with exultantly towering heads in different colors and forms. These became almost a symbol of the emerging image of a composer who was so worried about his future just 9 months earlier.

We all know how much music critics (the press) can influence public opinions. There are three facts that might have brought Nielsen to finally feel appreciation and fame. First, the fact that Mr. Kjerulff accompanied him to Trollhaugen and spent an entire month close to this hard and honestly working composer, experiencing  how much work this new piece for violin and orchestra actually required. Not only that, but experiencing the mood of inspiration, shown by the composer.

Another thing is that this violin concerto really requires something from the performer. The audience literally feels drawn into the excitement of the music while watching the fingers and body language of the artist, thinking “he must soon get tired,” when discovering the sweat dripping from his forehead.

The third thing is that at the premiere date of February 28, 1912, another important piece of music had its first performance, namely The Third Symphony, later called “Espansiva”. This Symphony was next performed in Amsterdam with the The Concertgebouw-Orchestra. Another big triumph for the “Ugly Duckling” Carl Nielsen.