GEORGES BIZET (1838-1875) – Parisian composer and piano virtuoso Georges Bizet was in the very last months of his life when his opera Carmen premiered in March of 1875. It would, in due time, become the greatest known and most beloved of his works but Bizet had only its original rather tepid reception to carry with him to the grave. Bizet’s gifts for melodic economy and spontaneity were never on better display than in Carmen. Each scene, each moment in fact, is so perfectly orchestrated with such a sense of musical aptness that no element of the whole is ever put in shadow by another. Suite No. 1 offers a five-course sampler of Bizet’s skill for creating lasting melodies of graceful inventiveness that somehow sound as they have been with us always. Tchaikovsky thought so, as did Debussy and Saint-Saens, even though it would take the reviewers and professional critics a bit longer to realize what a masterpiece the music world had on its hands. 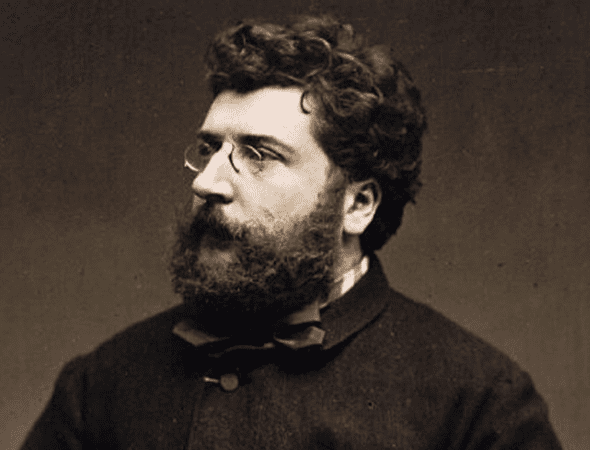