Simple, yet notProkofiev’s Symphony No. 7 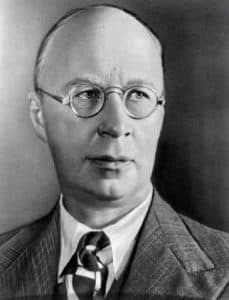 The art of writing music and making notes blend into a seamless piece of wonder is beyond my talents. I don’t think I would ever call a symphony “simple.” The word has been used to describe Sergei Prokofiev’s Symphony No. 7, which the Utah Symphony will be performing this weekend.

This symphony was the final symphony written by Prokofiev in 1952 (Prokofiev died in 1953). It is often called the “Children’s Symphony” because of Prokofiev’s attempts to keep the music simple and because it was written for the Soviet Children’s Radio Division. He is well known for writing music for children including the score of Peter and the Wolf which the Utah Symphony will be performing in March 2015. There are many places where the notes are fun and simple. There are marches in the first movement and the final movement. And a reoccurring theme in both movements invoke Prokofiev’s fantasy and imagination, well suited for a children’s symphony.

Prokofiev’s life at the time he wrote Symphony No. 7 is fascinating. Prokofiev was one of the most beloved Russian composers and he wrote beautiful ballet scores including Romeo and Juliet and Cinderella (both performed frequently by Utah’s Ballet West). Apparently, another composer at the time insulted Stalin in an opera, and Stalin went berserk and changed laws regarding classical music after World War II. Prokofiev’s music did not fit into this new patriotic, controlled programming. He traveled to France quite a bit and that in itself was suspicious. His Symphony No. 6 was condemned in 1948 by the Soviet government under the second Zhdanov Decree for not conforming to the new Soviet, political party. Prokofiev was stripped of his reputation and squandered into poverty.

Prokofiev wrote Symphony No. 7 in hopes of winning the Stalin Prize (about 100,000 rubles), an award given for great works in science, architecture, technology, and the arts.

The score is four movements (about eight minutes each). The simplicity that Prokofiev first strived for is apparent in the first movement (Moderato). The second movement (Allegretto) is a beautiful waltz with full strings sections and arching winds. The simplicity has fallen to the side. The third movement (Andante expressivo) loses the simplicity not in the music but in the emotions. Each note is laden with Prokofiev’s emotions that were built from his life in poverty. The music dances between fantasy dream and horrific nightmare in this third movement, with the listener wakening at the end, grateful that it was only a dream. The fourth movement (Vivace) is a rounding musical jaunt, fast-paced and (dare I say it?) vivacious. And yet it ends, much as the third movement, on notes of longing and despair.

The symphony originally ended on these sad notes, but Prokofiev was convinced by Samuil Abramovich Samosud (a Russian conductor) to write a few more measures, a coda, to bring back the happy themes from the first movement. Samosud was convinced that this would be what earned Prokofiev the Stalin Prize. Prokofiev added the energetic notes only because of the draw of prize money; he is known to have told Samosud, “But Slava, you will live much longer than I, and you must take care that this new ending never exists after me.”** Prokofiev did not receive the Stalin Prize, but the Lenin Prize was rewarded to him posthumously for this symphony in 1957.

There are debates about this ending, and some scores are printed without it. The upbeat happy ending was preferred right after its premiere, but since Prokofiev originally wrote it to end on a few lower, sad, notes, many symphonies perform it that way.

Will the Utah Symphony perform this fourth movement as Prokofiev intended? How will it end? Happy and light, or deep and poignant? There’s only one way to find out.