USUO: How early do you arrive for a given performance?
Lupo: Whenever possible, I like to arrive early enough in order to check the piano before the hall is open to the public.
USUO: Do you have any pre-performance rituals?
Lupo: I like to eat a banana and some chocolate, and I like to be surrounded by silence, if possible.
USUO: You have competed in many competitions. Is your preparation process different for a competition than for performing a concerto with orchestra? How?
Lupo: A big competition requires to perform a lot of solo repertoire, not just concertos, therefore, when I entered competitions, the preparation process was a bit different.

USUO: When you travel to perform with different orchestras what are you most concerned about?
Lupo: Flight disruptions because of weather; I always try to be one day earlier than expected in any city where I have to play, whenever possible, as it makes sense also for jet lag.
USUO: Tell us about Mozart’s Piano Concerto No. 21. What should the audience listen for?
Lupo: The first movement is very rich in contrasts and has a wide range of emotions, from the subdued soft opening to the brilliancy of the forte, then to some drama when it goes into the minor mode, while the second theme, after all this, sounds like a rainbow after a short storm within its luminous simplicity.  The second movement is so beautiful and so famous that does not need any presentation… I am sure that everybody in the audience will think “oh, I know this!”. The third movement, with its brilliancy and virtuosity, builds up to a wonderful finale, with lots of references to “opera buffa” and its comic situations, including several dialogues between piano and woodwinds. The conclusion is very theatrical, with the theme almost disappearing and getting softer and softer in tone, until when three strong and short chords end the piece abruptly, sounding almost like three slaps!
USUO: What draws you to this work?
Lupo: Its beauty 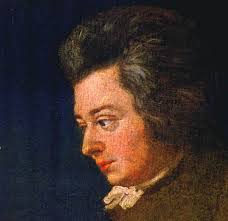 USUO: Do you have anything else planned while you are in Salt Lake City?
Lupo: Not really, but I like very much the city, as I have been several time there in the past. I have some wonderful memories of all my visits in SLC after being a prize-winner at the Bachauer International Piano Competition and I will be forever grateful to the memory of Paul Pollei, who founded the competition and always trusted my talent.
USUO: How many pianos do you own? What kind of pianos are they?
Lupo: I own two baby-grand pianos, a Steinway and a Boesendorfer.
USUO: Do you have any hobbies?
Lupo: I like maps
USUO: What’s your favorite post performance snack/meal?
Lupo: Something light, nothing fixed.
USUO: How many languages do you speak?
Lupo: Italian, English, French, Spanish and just a bit of German and Portuguese for survival in case of need!
USUO: Do you have any advice to aspiring pianists?
Lupo: Find your inner, unique, individual voice, think a lot before playing something, look carefully at the score without playing it and make it sound in your brain and heart, like if you were the composer –which means that all indications must make sense for you-; finally, think of a sound that has to speak to listeners, because, after all, being able to produce many different qualities of sound is sometimes much harder than playing really fast and it will be what we say through our unique sound that will move our listeners.