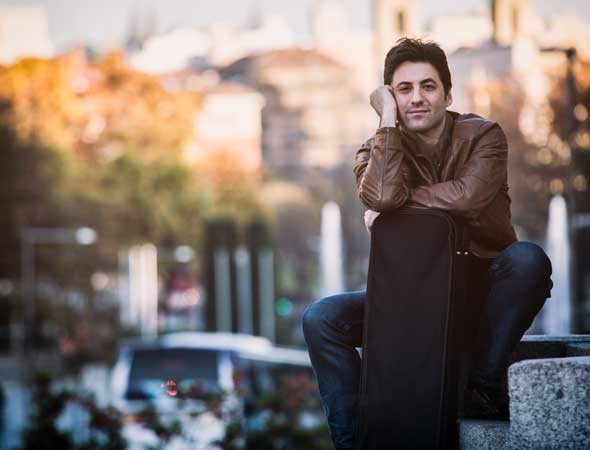 Multi Grammy Award nominee violinist Philippe Quint has established himself as one of the leading violinists of his generation. Constantly in demand, he regularly appears at venues ranging from the Gewandhaus in Leipzig to Carnegie Hall in New York, as well as the most prestigious music festivals including Verbier, Colmar, Hollywood Bowl, and Dresden Festspiele. Philippe is the Utah Symphony’s Artist-in-Association for 2018-19 season, which will include two weeks of performances with the orchestra and a recording for the Hyperion label. Born in Leningrad, Soviet Union (now St. Petersburg, Russia), Philippe studied at Moscow’s Special Music School for the Gifted with the famed Russian violinist Andrei Korsakov. After moving to the United States from Soviet Union in 1991, he earned both bachelor’s and master’s degrees from the Juilliard School. Philippe plays the magnificent 1708 “Ruby” Antonio Stradivari violin on loan to him through the generous efforts of The Stradivari Society®.