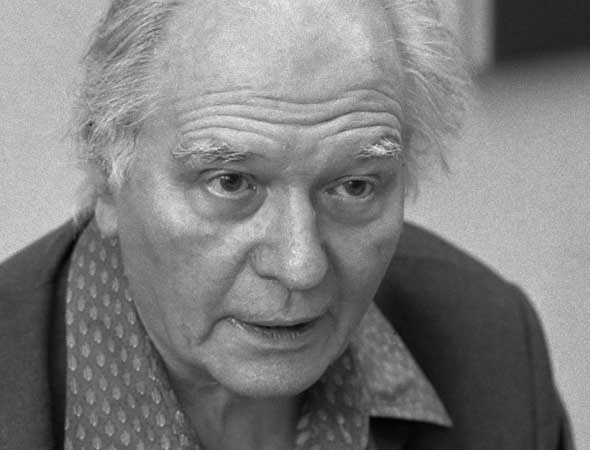 Olivier Messiaen’s musical evocation of the sounds of nature, such as the orioles in Dans canyons aux étoiles…,  stands apart from examples of scene-painting by other composers. A lifelong student of ornithology who heard the voice of God in the songs of birds, Messiaen listened to nature with the ear of a documentarian and a prophet as well as a composer. His work in transcribing bird songs in musical notation is unequalled in the history of composition. His dedication and his reverence are evident in “Les orioles.”

Celebrated both for his deep Christian spirituality and for humbly expressing it through his remarkable music, Olivier Messiaen was born in 1908 and entered the Paris Conservatory at the age of 11. His wide-ranging musical influences span rhythmic patterns from classical Greek and Hindu sources and melodies based on modes of transposition he developed from his own early compositions; he also experimented with “total serialism,” an almost epistemological application of 12-tone “rows,” and with Eastern musical sources including Japan and Indonesia.

If all this sounds mystical, perhaps it is. But Messiaen’s deepest musical influence — apart from his Roman Catholic faith — was almost certainly his devotion to nature and in particular his love of birds. He was devoted to the teachings of St. Francis of Assisi. To Messiaen’s admirers, his music and his life are inseparable; they seem to be the worldly evidence of a saintly life, and his music reveals a sincerity of expression that seems as simple as nature itself in the listening, regardless of the complexity of its sources.

Commissioned in 1971 by the American philanthropist and arts patron Alice Tully to celebrate the bicentenary of the Declaration of Independence, Dans canyons aux étoiles… is a suite of twelve orchestral movements arranged in three groupings of five, two and five. When all twelve are performed together, the movements are operatic in scope, spanning more than an hour and a half.

Like Ferde Grofé’s Grand Canyon Suite, Messiaen’s Dans canyons aux étoiles… is intimately connected to a particular place in the American Southwest — in this case, the state of Utah. Messiaen took inspiration from the landscape and the birds of the Beehive State while composing this suite, and was particularly moved by visiting Bryce Canyon National Park. The suite’s movements describe his experiences of Bryce as a divine creation.