On the first day of August in 2002, the distinguished London daily paper The Guardian published an article with the following headnote:

Silvestre Revueltas may be one of Latin America’s greatest composers, but he’s virtually unknown elsewhere. That’s about to change, says Andrew Clements.

Music critics (including your intrepid annotator) are notorious for getting things wrong. But in this case, Andrew Clements, a longtime music commentator for The Guardian, got it exactly right. Seventeen years after Clements’s obscure prediction, Revueltas’s music is celebrated and programmed throughout the U.S. — not just in his native Mexico and elsewhere in Latin America, where his compositions have been repertory staples for nearly a century.

His former neglect in the U.S. is hard to fathom, especially since he came to the U.S. as a teenager and received his formative musical education here. Born on New Year’s Eve in 1899 in the Mexican state of Durango, Revueltas studied violin and composition in Mexico City starting at age 13. In 1916 he enrolled at St. Edward College in Austin, Texas, and continued his studies at Chicago Musical College from 1918 to 1920. Supporting himself in the U.S. as a violinist, Revueltas was exposed to a broad range of the orchestral repertory. A 1928 conducting gig with an orchestra in Mobile, Alabama, was followed by his appointment as assistant conductor of the Mexico Symphony Orchestra in 1929. He held that position through 1935, and died tragically young — only 40 years old — five years later. 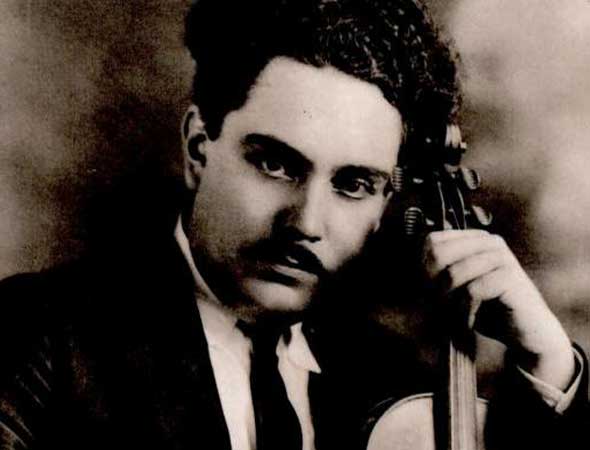 Critical evaluations of Revueltas’s work invariably cite its “rhythmic complexity.” To us as listeners, this means the irresistible energy and intricate layering of dance beats that are viscerally thrilling to hear. With other composers including Carlos Chávez, Revueltas was a major figure in the Indianist cultural movement in Latin America, and the dance rhythms in works such as Sensemayá evolved from sources including the Maya, as well as from Africa.

Composed in 1935, Sensemayá is one of Revueltas’s most popular works. It is based on a poem of that title by Nicolás Guillén, a Cuban poet, evokes the chant of a solemn Afro-Caribbean religious ceremony in which an adept known as the mayombero offers up a snake in ritual sacrifice. The musical effect combines historic resonance and overwhelming immediacy.