Twentieth Century America produced no composer of greater influence than Elliott Carter, internationally recognized as one of the principal voices in classical music during his lifetime and a leading figure of modernism in the 20th and 21st centuries. He was hailed as “America’s great musical poet” by the esteemed New Yorker critic Andrew Porter, and was noted as “one of America’s most distinguished creative artists in any field” by his friend Aaron Copland.

Born in New York City, Elliott Carter was encouraged towards a career in classical music by his friend and mentor Charles Ives. He studied under composers Walter Piston and Gustav Holst while attending Harvard University, and later traveled to Paris, studying with Nadia Boulanger. Following his studies in France, he returned to New York and devoted his time to composing and teaching, holding posts over the years at St. John’s College, the Peabody Conservatory, Yale University, Cornell University, and The Juilliard School, among others.

In Carter’s prolific career as a composer, which spanned over 75 years, he demonstrated imagination and innovativeness worthy of his early mentor, Charles Ives. His catalogue encompasses more than 150 pieces ranging from chamber music to orchestral works to opera, often marked with a sense of wit and humor. He received numerous honors and accolades, including the Pulitzer Prize on two occasions: in 1960 for his String Quartet No. 2 and in 1973 for his String Quartet No. 3. Other awards include Germany’s Ernst Von Siemens Music Prize and the Prince Pierre Foundation Music Award. Carter was the first composer to receive the United States National Medal of Arts, and is one of a handful of composers inducted into the American Classical Music Hall of Fame. He was recognized twice by the Government of France: being named Commander of the “Ordre des Arts et des Lettres,” and receiving the insignia of Commander of the Legion of Honor in September 2012. 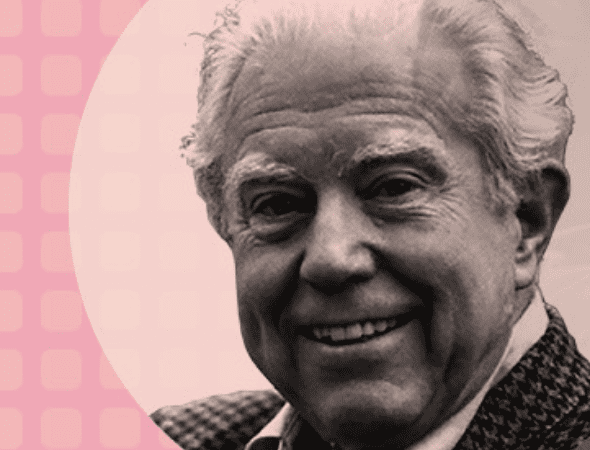 Carter was vigorously creative through the end of his long life; his Double Trio premiered October 2011, when he was 93. Commenting on the work, Carter noted that “…Brass instruments, especially the trumpet and trombone, recently interested me for use in chamber music because of their ability to play softly and use different kinds of mutes. Combining them with solo strings fascinated me so I wrote the Double Trio. This work was composed for the opening of the Montreal Museum of Fine Arts’ Bourgie Concert Hall in September of 2011.” After hearing it, the pianist and musicologist Charles Rosen wrote in The New York Review of Books, “The new eight-minute Double Trio of this year is one of Carter’s most brilliant creations.”

The Double Trio is dedicated to Pierre Bourgie, a prominent Canadian philanthropist and patron of the arts.