5 things to listen for in Mozart’s Flute Concerto No. 2 in D Major

The last year gave musicians like myself time to reflect on our art form and what it means to be a musician. One can certainly be a musician without an audience, but one cannot communicate if there is no one present to listen. Now that we are back to performing live for audiences I feel the cultural relevance of our concerts is more important than ever before. Performing the great masterpieces in a way that transcends our present-day concerns is a worthy goal, but equally important is the development and inclusion of new music and new voices that can truly link our centuries-old art form to the society of today and tomorrow. As orchestras return to the stage, I hope we can communicate the connection between the music of our past and the music of our future.

This particular concerto is one of Mozart’s most charming and joyful works. The first notes that emanate from the flute are a tricky rising scale followed by a high D that lasts sixteen beats. It’s a perfect opening for this concerto which is very extroverted and bright. 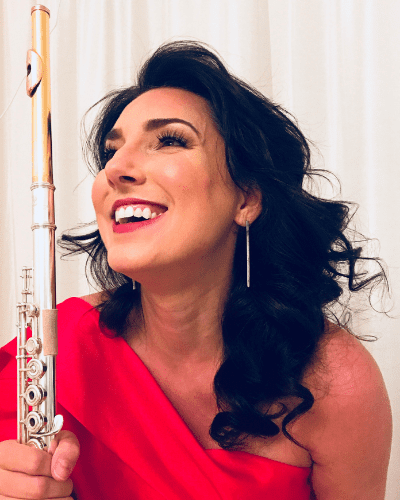 Mozart was one of history’s great opera composers and this concerto is loaded with musical conversations. You’ll hear question-and-answer-type banter throughout the piece, almost as if two characters are interacting with each other on stage.

This particular flute concerto was actually originally written in the key of C for the oboe. Although theories abound as to exactly why Mozart decided to steal from himself in order to fulfill a commission for two flute concertos, it’s no secret that Mozart’s favorite instrument was not the flute. When he reworked the concerto into the key of D Major, he took advantage of the flute’s technical abilities and increased the difficulty of several passages, including repeated virtuosic leaps of nearly two octaves.

The second movement is a gorgeous example of lyrical classical writing. The simple melodies are not overly ornamented and the movement is restrained and not unduly sentimental. It is a beautiful showcase for the pure, shimmering sound of the flute.

In both the first and third movements, you’ll hear the orchestral accompaniment come to a sudden and complete halt, affording the soloist a few opportunities to make some spontaneous and humorous choices with their timing.